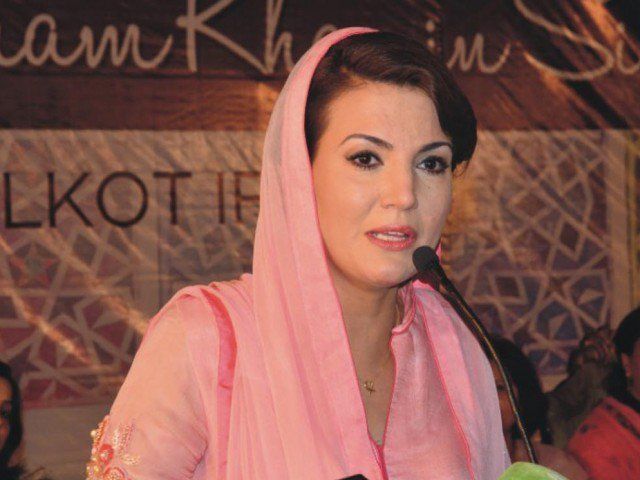 Reham says she will continue to work against child labour and continue her passion. PHOTO: INP

Broadcast journalist Reham Khan returned to Pakistan on Thursday after being away for a month following her divorce to Pakistan Tehreek-e-Insaf chairman Imran Khan.

“I am a pathan, we know how to give our lives and fight. People think they will scare me, threaten me or use bad language with me because I’m a woman… When one is innocent and in the right, why should they be quiet?” Reham asked, while speaking to the media at Lahore airport.

Further, she said, “There has never been a lack of love and support from the people of Pakistan and there are only four people who have spoken out against me.”

Responding to a question regarding allegations that she had received money from PTI leaders, Reham said anyone who claims that “should prove where the money was taken from.”

“I have not taken flats from any PTI member,” she said.

Speaking about her street child initiative, the TV journalist said she did not start the programme because of any affiliation with the Khyber-Pakhtunkhwa government or any political party.

“Without affiliation to any party, I will continue to work for street children and will work hard to bring an end to child labour in the country,” she concluded, while adding that it was her passion to work with these children.

Is black magic the reason behind Imran’s divorce? Reham might think so

Reham had left Pakistan for London on the same day the news of the end of her 10-month marriage to Imran was announced.