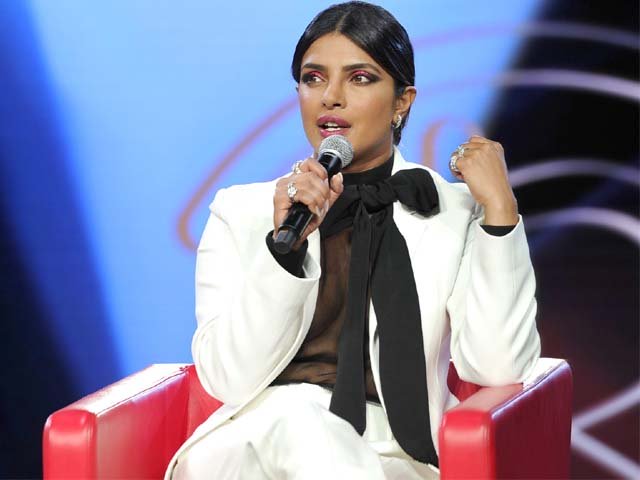 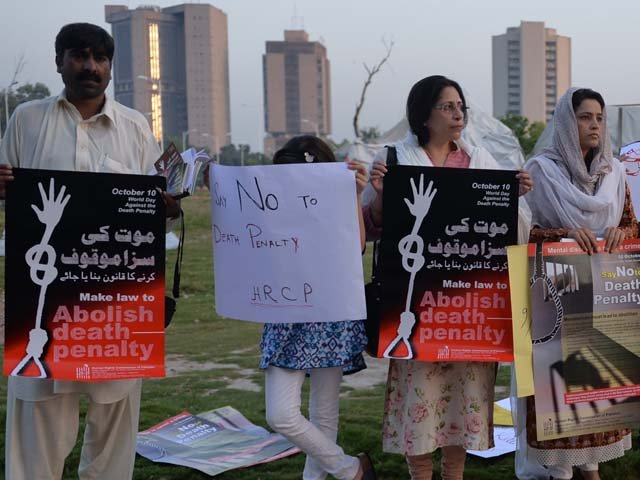 Capital punishment and the cracks in Pakistan's judicial system 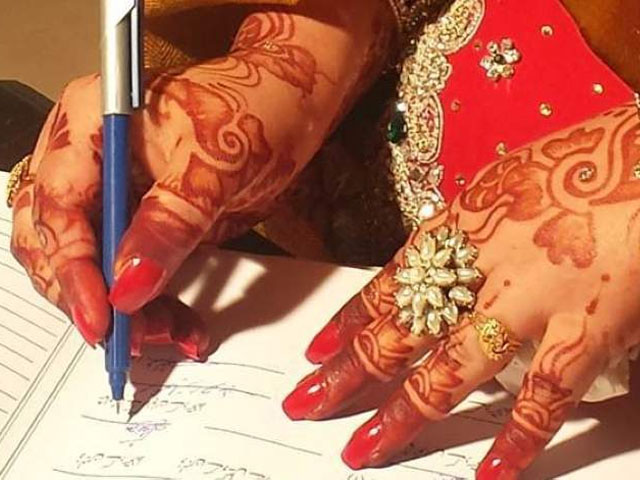 Chopra has proven that she sees her role as a UN Goodwill Ambassador as nothing more than a resume-booster
Maria Kari August 17, 2019
Earlier this week, Ayesha Malik called out Priyanka Chopra at Beautycon over the latter’s hypocrisy in styling herself as a champion of humanitarian causes while simultaneously sending out a tweet which many perceived as supporting nuclear warfare. In response, Chopra shut up Malik in the most humiliating, paternalistic, and holier-than-thou manner.

Hi, I’m the girl that “yelled” at Priyanka Chopra.

It was hard listening to her say, “we should be neighbors and love each other” — swing that advice over to your PM.

Both India and Pakistan were in danger. And instead she tweeted out in favor for nuclear war.

"You are a UNICEF ambassador for peace, and you're encouraging nuclear war against Pakistan."

Indian actress Priyanka Chopra was confronted by a Pakistani-American woman, who called her a "hypocrite" over her pro-army tweet. pic.twitter.com/uJwqVJALes

Since then, there has been much social media condemnation of the actress, with numerous calls for her removal as a United Nations Children's Fund (UNICEF) Goodwill Ambassador over her problematic positioning on what has since gone from a regional to an international conflict.

Nowadays, more than ever before, celebrities hold much sway over which issues receive global attention, which means global stars (like Chopra) have an unprecedented level of influence over international public opinion. Such is the power of the cult of celebrity that when a famous person chooses to co-opt a cause or speaks truth to power, millions listen.

Priyanka Chopra tweeted during a time when we were this 👌🏽 close to sending nukes to one another. Instead of advocating for peace she tweeted in support of the Indian army pic.twitter.com/LhbMkOW59v

Consider the #MeToo movement. The cause, first championed by the then little-known activist Tarana Burke, had existed for over a decade in the black hole that is the Internet. It wasn’t until actress Alyssa Milano put out a single tweet about it that a worldwide movement was launched and industries and lives were changed. Or consider Kim Kardashian, who recently took up the issue of prison reform. Through the sheer power of her celebrity statyus, not only was she able to secure a meeting with President Donald Trump, she was successfully able to advocate for the release of Alice Johnson.

Of course, brands have long harnessed this power of celebrities in order to sell their products. Similarly, the United Nations (UN) Goodwill Programme, which began in the 1950’s with the appointment of its first ambassadors Danny Kaye and Audrey Hepburn, has also long harnessed the power of the celebrity to trumpet and promote the work of its many agencies.

Patriotism does not mean to blindly support your government. It means to have the courage to stand up against anyone for the betterment of your ppl. If Kashmiris are your people, you should stand with them and be against the oppression they are currently facing. #PriyankaChopra

Today, there are almost two hundred goodwill ambassadors who use their celebrity status to attract attention to the issues and regions the UN wants to highlight.

But there’s a caveat to this work: the chosen celebrity cannot go rogue. Being appointed a UN Goodwill Ambassador isn’t a guaranteed lifelong honour. It is a privilege not a right and, like any other privilege, it needs to be maintained and continuously earned.

Middle Ground when thousands of innocent people ( including children ) are being butchered daily?! Yeah. No. Sorry, No middle grounds here Miss Goodwill ambassador. Being Patriotic is one thing but We’re humans first. Lets not forget that. #WakeUpUN_KashmirBleeding pic.twitter.com/S8lDCSmK6i

This lady,who can't speak even a single word for Kashmiri children rather supporting army action & curfew in Kashmir. #UNICEF need to remove her as it's ambassador & must b careful on whom it appointments to these honorary positions.#PriyankaChopra @UNICEF @UNICEFUSA pic.twitter.com/1IqgyhJ4jB

To me it’s clear as water that Chopra falls, or is dangerously close to falling, into the camp of UN-appointed celebrity gone rogue.

By failing to call out a wrongdoing, by siding with a despotic, supremacist leader, by supporting militaristic intervention and a nuclear solution to a regional crisis, it’s becoming increasingly difficult to justify Chopra’s role as a UN Goodwill Ambassador. After all, the programme’s very purpose is to have famous faces embody and highlight its objectives of global peace building, nuclear disarmament and human rights.

On Friday, during a Security Council meeting, the Chinese envoy to the UN rejected India’s stance on Kashmir being an “internal matter”. The UN’s characterisation of the Kashmir-India conflict as an international conflict puts Chopra’s comments at Beautycon in an even more awkward and unflattering light.

By so very publicly and visibly taking the side of the despot Narendra Modi, by continuing to stand by her tweet in support of militaristic intervention and possible nuclear escalation, and by styling herself as a patriotic supporter of a country currently being globally criticised and condemned for its mistreatment and abuse of the Kashimiri people, Chopra continues to fall on the wrong side of what has become an international conflict. In doing so, not only is she failing to uphold the objectives of the organisation she represents, she also has trivialised the very meaning and mission of the UN’s objectives of promoting global nuclear disarmament and peace building.

By essentially telling Malik to shut up and sit down, Chopra has proven that she sees her role as a UN Goodwill Ambassador as nothing more than a resume-booster – a shot in the arm for a flailing career.

Instead of standing for the rights of the disenfranchised, instead of calling for a peaceful solution between her country and its neighbour (one that's given her much love and support), Chopra has proven to be nothing more than a hypocritical self-publicist, a failed celebrity advocate whose shoddy attempts at activism are, at best, divisive and, at worst, plain dangerous.

To only lend your voice and image to the poor and disenfranchised when it helps you gain personal recognition and bolster your personal brand is peak celebrity complicity. Chopra’s apparently benevolent narrative as a UN Goodwill Ambassador is no longer fooling the masses. Indeed, her recent tirade at Beautycon is yet another example of her dubious beliefs. Truth is, she showed us who she really is back in February with that now infamous tweet.

Having picked a side, Chopra can no longer escape accountability. If neutrality was what she was going for, she should have stayed silent from the get-go. After all, so many of her celebrity colleagues continue to opt for apolitical silence in order to continue to appeal to the masses. But because Chopra has deliberately chosen to style herself as a champion of human rights, it’s only fair for us, in turn, to then ask her to be consistent and act the part.

After all, a celebrity only has as much power as we give them; and too frequently, we give this power to undeserving, self-serving people without asking for enough in return.

Let’s take a cue from the Ayesha Maliks of the world and start asking for more.

WRITTEN BY:
Maria Kari The author is a lawyer and freelance journalist. She tweets as @mariakari1414 (https://twitter.com/mariakari1414)
The views expressed by the writer and the reader comments do not necassarily reflect the views and policies of the Express Tribune.