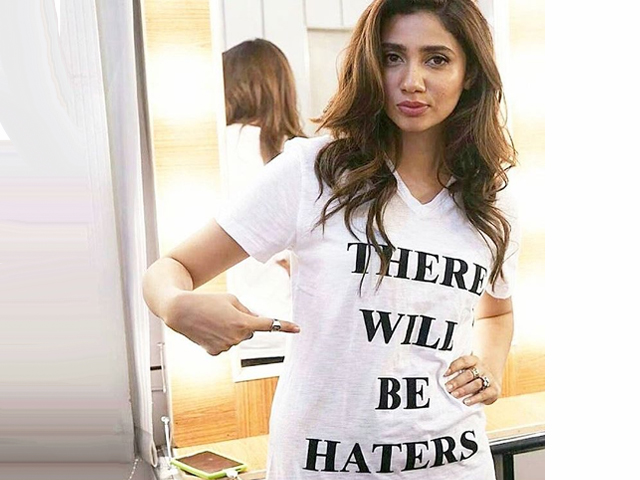 Many people, including celebrities, came out in support of Mahira. PHOTO: TWITTER 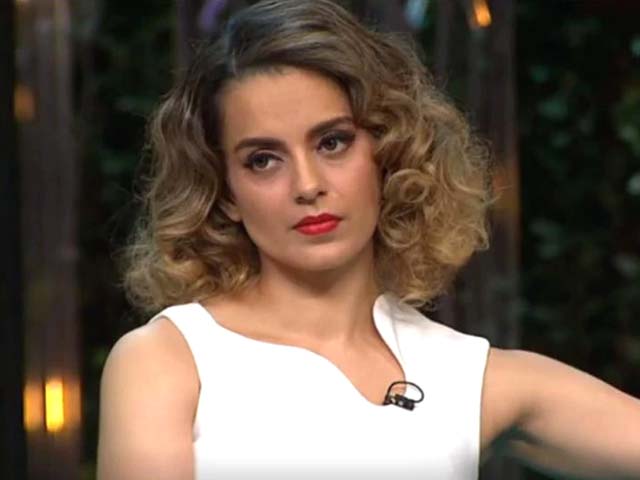 Kangana Ranaut will have none of this sexism nonsense, making her the real MVP of Bollywood

Honour is our national shame, not Mahira Khan

Seeing a girl smoke in Pakistan is as unsurprising as seeing men urinate on the street, which is 100% less disgusting.
Iqra Khan September 23, 2017
It’s 2017, which means every day one wakes up to a new outrage on social media – it is simply the way of the world now. You pick a side and tweet incessantly until the next outrage-inducing news comes along.


Now, normally, I try my best to act reasonable and get some facts before I join the outrage train, so imagine my surprise when I see pictures of Mahira Khan smoking with Ranbir Kapoor, and I immediately begin to judge her.

How could I not? Did you see what she was wearing? My first thought was, ‘wow, what a lovely dress!’ What do we have to do to get pretty dresses here in Pakistan? And no, please don’t say, “go to Mango”, because I love my kidneys and would very much like to keep them both.

Then I saw that the pictures were taken in New York, which not only doubled my outrage, but also made me extremely jealous. Mahira gets to wear pretty dresses in New York while we have to slowly melt inside our dupattas in this blistering heat? When September feels like June, you know climate change must be real.

I spent another minute looking at the pictures, sincerely judging Mahira some more. ‘Look at her’, I thought, the stunning human being that she is, and she’s hanging out with Ranbir Kapoor? That by itself should be a crime. I judge people by the company they keep, and Ranbir’s reputation as a philanderer does not do him any favours. Mahira is Lollywood royalty, and she’s done a movie with Shah Rukh Khan – surely she can do a lot better than Ranbir? Can you imagine this picture of Mahira smoking with Aamir Khan or even Shahid Kapoor? Instantly gets classier.

So yes, for a minute, I was like every other person on the internet, but then I saw what everyone else was judging her for and that gave me pause. While I was judging her for the silly reasons discussed earlier, what were my fellow internet users judging her for? For the length of her dress, for smoking, for having an alleged love bite which I, uncultured as I am, did not even notice.

I am embarrassed to admit that this surprised me.

That Mahira would wear a dress?

No, I am of the extreme opinion that people should wear what they want.

That she would smoke?

In the midst of these turbulent times, where no one knows how long we have on this planet, everyone smokes. Seeing a girl smoke in Pakistan is now almost as unsurprising as seeing men urinate on the side of the street, and undoubtedly, a 100% less disgusting.

What surprised me was the extent of the scandal caused by these seemingly noncontroversial photos. A double standard manifests itself even as our society keeps denying its existence. This kind of moral policing and slut-shaming, as exhibited below, emerges only for women, never for men, and provides enough evidence to gauge how women are treated in our society.

Only in Pakistan would we question, if she is even a Muslim anymore, when looking at a woman smoking. God forbid we ask such real questions when angry mobs burn minorities alive, or when a man murders a leader he was sworn to protect and cites religious reasons for doing so. Clearly, a woman smoking on a street in New York has emerged as Islam’s true enemy – her status must be determined before she is able to indoctrinate others and spread the wrong idea of what you need to smoke to be Muslim.

“But smoking is bad for health” – safe to say that this is a completely new scientific discovery, made after scientists saw pictures of Mahira smoking and realised women have lungs. We should all thank and praise her then, for successfully conveying a public service announcement where our government and tobacco companies have failed. And yes, smoking is bad for health, but I would argue that in a world where women still have to be subjected to such toxicity for the universal act of smoking, does anyone really want to stay healthy for long?

I was v.big fan of her innocency i don't think she can go as low for cheap fame @TheMahiraKhan shame on u made us humiliated.. pic.twitter.com/krOg2L2kmm

“She has shamed Pakistan” – another lovely argument, which is simply not true. In the international world of today, no one will bat an eyelash over a Pakistani actress who was wearing a dress and smoking. What are they talking about right now? The two teenagers who were recently electrocuted by their own families for wanting to be together. What will they talk about? That seeing a woman smoke comes as a surprise to a country that likes to boast of its progressiveness because it elected a woman as prime minister once upon a time.

Honour is our national shame, not Mahira Khan. Not Malala. Not Sharmeen. If we really cared about the international image of our country, then we would all be celebrating Kumail Nanjiani, a Pakistani-American man who made a hit Hollywood movie on his experiences and is now going to host Saturday Night Live, the most renowned comedy show in the world. With 1.8 million Twitter followers, Nanjiani is what people internationally see when they think of a Pakistani man; he is our Priyanka Chopra. Yet, I have never seen him become a part of the national conversation. I take this as proof that we don’t particularly care about what the world thinks of us. What we do care about is policing women, and then shaming them when they don’t act accordingly.

I must admit, it’s not all bad out there. I was genuinely amazed by how many people, including celebrities, came out in support of Mahira. People defended her freedom of choice, and restored some of my faith in humanity by calling out the double standard exhibited during this fiasco. Eventually, the conversation shifted to people talking mostly in favour of Mahira, which came as a pleasant surprise.

We will destroy North Korea.
We will Destroy USA

Why was #MahiraKhan smoking?
Why wasn't the PrimeMinsiter wearing a Tie?

Last time I checked no one appointed you the chief of Moral Brigade! #LiveAndLetLive https://t.co/6k7veniajz

We stand by our artists, and their right to live their lives, and continue to thank them for all they do for us! #TeamMahira pic.twitter.com/sRqb90xa6L

All’s well that ends well. But this isn’t over, yet.

Violence against women is real. Remember Qandeel Baloch? It is extremely commonplace to see women being slut-shamed online and their name being dragged through the mud for the unimaginable crime of wearing and doing what they want. Changing the kind of conversation we have when it comes to women is an important step to take when fighting violence against them. This did not start as a serious issue, but the more it becomes part of our national conversation, the more we allow Mahira to be shamed for committing no crime at all, more legitimacy is provided to bullies online who consider themselves the moral police of our nation.

While we’re stuck here debating whether she is or isn’t a Muslim, Mahira is living her life to the best and fullest, while being Pakistan's most talented actress, so it’s pretty obvious who the winner is. I started my day low-key judging Mahira, but I spent the rest of it judging the people who try their best to shame women online, but only succeed in shaming themselves. 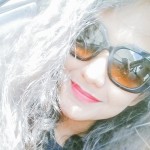 WRITTEN BY:
Iqra Khan
The views expressed by the writer and the reader comments do not necassarily reflect the views and policies of the Express Tribune.