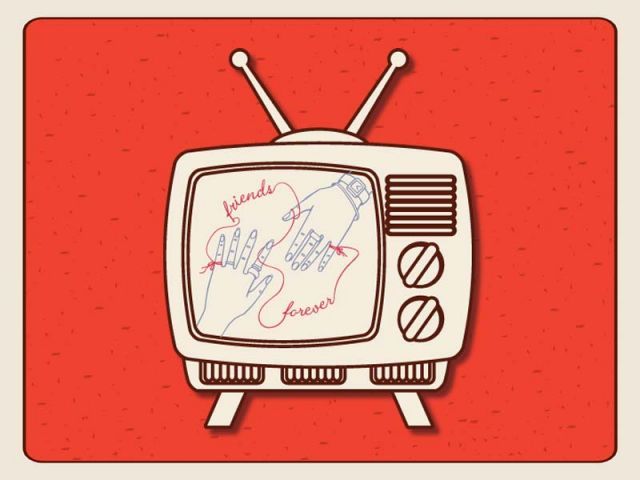 The dedication and effort displayed by the Pakistani showbiz industry over the past few years really ought to be commended. Not only has it been churning out fresh material successively but also seems to have become bigger than ever before, considering the number of award shows, parties and internal premiers being held. Suffice it to say that the media is now strong enough to elucidate topics like rape and extra-marital affairs that up until recently were taboos in our society. The industry is burgeoning indeed and burgeoning with that are the storylines being shown.

Unfortunately, not all change is good change and nowhere else is this more apparent than in the portrayal of female friendship in the media. It is often said that what is depicted in art is a reflection of society. If this is to be held true then women must have lost the ability to maintain cordiality with one another as this is what current drama serials seem to profess.

Perhaps a brief comparison between storylines of the yesteryears and those of today would help. Dhoop Kinarey —  Haseena Moin’s most successful play from the 1980s —  for instance showed the beautiful companionship between Dr Zoya Ali Khan and Anji, played by Marina Khan and Kehkishan Awan, respectively. Similar, yet different, is the basis of their relations. Both Zoya and Anji grow up in adjacent houses and remain best friends, helping one another through love, life and everything in between.

Juxtapose this with the most successful Pakistani serials of the past few years. You will notice a pattern in that almost all of these involve a girl-vs-girl angle in some context of the other. We could be faced with an intense love triangle or the not-so-secret resentment of a dark-skinned girl towards her prettier sister; the concept is almost always there. The example of the 2010 hit Daam is of particular importance here. Herein, Sanam Baloch and Aamina Sheikh played the roles of Zara and Maleeha —  two girls whose strong friendship surpassed their socio-economic differences. In fact, they were veritable sisters until Maleeha realised she did not want her brother to marry Zara as she was poor. And so, their relationship gradually deteriorates. Similar was the storyline of 2008’s Doraha which starred Sanam Baloch and Sonia Rehman in the lead roles of Shahla and Sarah. Once again, the duo’s closeness is put to the test by a shared love interest: Umer played by Humayun Saeed.

One can refer to the Bechdel-Wallace Test for further assistance as it has been developed specifically to gauge whether two female characters (in a fictional setting) can converse about anything other than another man. Of course, the test is more apt for the Western media but if it is conducted in Pakistan, the results would probably blame men for weakening female friendships. Whether it is a father, brother, husband or mutual crush does not matter. The viewpoint of men in describing women as friends matters most and often shatters the bond between them. It is even more unfortunate that the women fail to defend their relationships with more effort.

But the real question is, have women actually disregarded feelings of love and compassion towards one another? Is art —  as the saying goes —  really imitating life? For some youngsters like Maria Khan, it certainly does seem so. “Times have changed and the people of today are much more individualistic. They don’t want to compromise on anything,” says Maria, who is an avid fan of local television productions. “It is natural for one to desire all the good things in life but hard to see another with them.” Her view hints at the concept of envy for what another might have, thereby making one think of them as an adversary. It would be difficult for anyone to develop a sound friendship when such feelings of competition exist, regardless of their gender. Technology and the rise of the nuclear family can also be argued to have diminished social ties in general.

Of course, most women tend to disagree with the idea that they might be incapable of sustaining healthy relations with fellow women. University student Aqsa Jawed, for instance, has had a tight group of female friends since her school days and never felt any friction against any of them. “It has been a source of great emotional support. My friends understand me, my sense of humour, and my bad hair days and when I need a boost of confidence,” says Aqsa. “Supporting one another is an integral part of our friendship, be it for a diet or anything else. We take each other’s experiences and problems seriously —  much better than some siblings or cousins even.”

Aqsa’s fellow student, Iqra Khan agrees. “It is a misconception that we cannot help each other. It is only women who can truly understand what another woman is going through,” she says. “That is why even the smallest compliment means the world when it comes from another girl. It means she has approved of you and your struggles. Most importantly, a woman will never ridicule another one for being too emotional!”

Perhaps the fault lies within the writers of our media who ought to create stronger female characters who can hold their own. The plotlines must become more inspiring, with women who are happy, confident and demand their rights despite an unhappy marriage or problematic in-laws. Instead of pulling ourselves and each other down, women must be shown as creating space for others. This is not to advocate against men but to help women achieve more out of their lives.

Bio: Naima is an aspiring lawyer and part-time writer.

Get up and get going