Promoting learning: Digital libraries to be set up in schools

Promoting learning: Digital libraries to be set up in schools 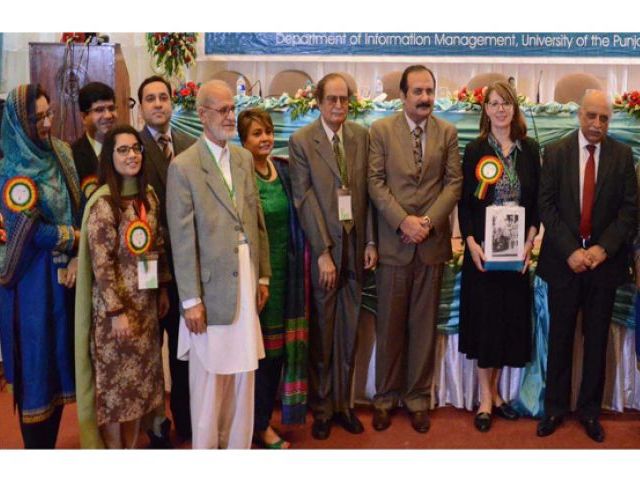 The Punjab government is going to establish digital libraries in schools and colleges across the province, Education Minister Rana Mashhood Ahmed Khan said on Wednesday.

The minister was addressing the inaugural session of a three-day international conference titled: Information Management and Libraries. The event was held at the Punjab University’s Dr Pervaiz Hassan Environmental Law Auditorium.

Mashhood said that the Punjab government was going to start E-Learn Punjab programme. “Unfortunately, as a nation we have neglected libraries. The government is planning to establish a vast network of libraries. Soon, there will be no area in the province without a library. The government is trying to improve primary and higher education as well as technical and vocational education,” he said.

Mashhood said it was good that the Punjab University had started formal education in library sciences a century ago. “The PU has played a remarkable role in promoting a reading culture among the youth,” he said.

Kamran said that internet had made access to information easier. “It has increased the importance of the subjects of libraries and information management,” he said.

In her keynote speech on Information and Library Services in a Connected World, Prof Sanda Elederz said that tools of accessing information had changed dramatically. “This has brought about new challenges. Developments in the information and communication technology and storage and applications have achieved new levels of sophistication. It is a challenge for professionals in the information management field,” she said.

“By using today’s technology, libraries can outgrow their local selves. We should adopt a more global and connected approach,” Dr Sanda said. She said public libraries were facing a shortage of funds and it should be a cause of concern.

Kanwal Ameen said that more than 500 guests from Asia, Middle East, Europe and USA were participating in the conference. “Eighty authors will contribute 57 presentations, including three key note speeches, 13 invited papers, 15 full papers, nine short papers, seven best practices and 10 short presentations during the conference,” she said. The conference will conclude on Friday.