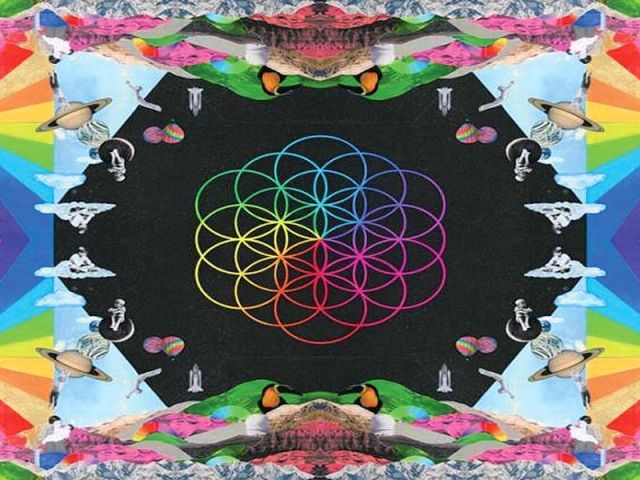 Fans linked a mysterious poster decorated with the ‘flower of life’ at London subways to the album release. PHOTO: FILE

It’s official. Coldplay have announced that their new album A Head Full of Dreams will release on December 4, reported The Independent. The band have now begun revealing details of their anticipated soundtrack, also sharing that their first track Adventure of a Lifetime is now out.

Coldplay frontman Chris Martin indicated that both Beyoncé Knowles and Noel Gallagher will feature on the album. The band also plan on touring for A Head Full of Dreams. Martin recently suggested that their seventh album could be their last, describing it “like the last Harry Potter book or something like that.”

“Not to say that there might not be another thing one day, but this is the completion of something, I have to think of it as the final thing we’re doing. Otherwise, we wouldn’t put everything into it,” added Martin.

But with the band at the peak of success, it seems unlikely that they will stop at seven. Coldplay’s sixth album titled Ghost Stories was last year’s fourth bestseller, with 3.7 million copies sold.

Hopeful about the fate of the upcoming album, Martin said it will be a “more colourful, more joyful sort of thing.” This year, Coldplay fans linked a mysterious poster decorated with the ‘flower of life” at London subway stations to the release of their new album.

In other news, Coldplay is among the musicians to headline next year’s Glastonbury Festival, with Martin having told BBC Radio 1 that they would “love to do it.” He added, “That’s our spiritual home as a band.”