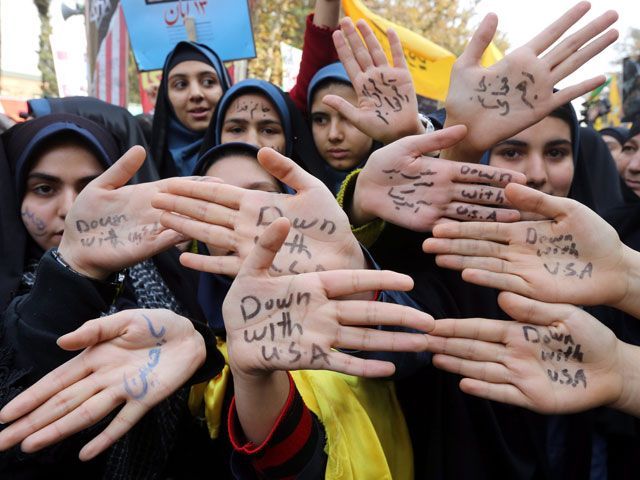 TEHRAN: A clear majority of Iranian legislators said Monday the Islamic republic will not abandon the slogan of “Death to America” despite its July nuclear accord with world powers.

“The martyr-nurturing nation of Iran is not at all prepared to abandon the slogan of ‘Death to America’ under the pretext of a nuclear agreement,” 192 members of Iran’s 290-seat parliament said in a statement carried by state news agency IRNA.

They said the slogan, chanted at the weekly Friday prayers in mosques and at protests, had “turned into the symbol of the Islamic republic and all struggling nations”.

The statement was issued two days before Iran’s commemoration of the start of the November 4, 1979 seizure of the US embassy in Tehran by radical Islamic students that led to a 444-day hostage crisis and a break in diplomatic relations between the two countries lasting up to the present day.

In the aftermath of the July 14 nuclear deal with world powers, “the government and the Majlis (parliament) should act carefully in line with the honourable leader’s wise guidance”, the legislators said, referring to Iran’s supreme leader Ayatollah Ali Khamenei.

The leader has endorsed the deal which curbs Iran’s nuclear drive in return for a lifting of sanctions, but has repeatedly warned against US “infiltration” of the values of Iranian society.

“America is the main part of the problem in the region, not part of the solution,” he said on Sunday, citing US support for “the Zionist regime” in Israel.

US regional “policies differ 180 degrees with the policies of the Islamic republic”, he added.

Iran’s moderate President Hassan Rouhani, however, tried in a US television interview in September to reassure the American public that when crowds in Tehran chant “Death to America!” they don’t mean it personally.

“But … the policies of the United States have been against the national interests of Iranian people (so) it’s understandable that people will demonstrate sensitivity to this issue,” he said.