A closer look at self harm

A closer look at self harm 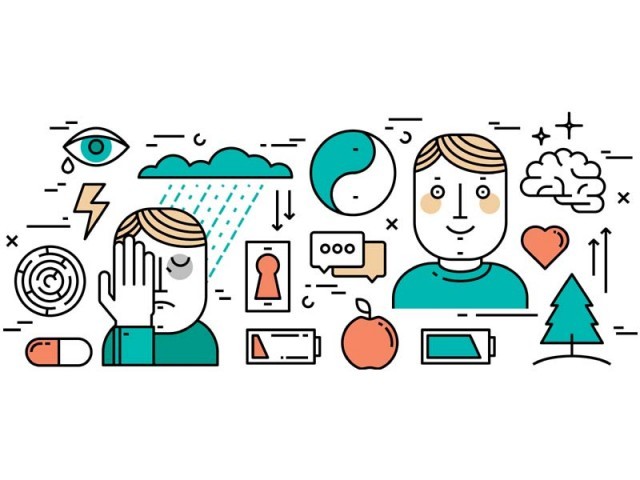 In general, harming one’s self is regarded as a coping mechanism for excessive emotional distress. There are various factors that could push one to the extreme of damaging their own body but with proper and timely treatment, such detrimental behaviour can usually be curtailed and eventually, cured.

Why would you harm yourself?

According to Dr Uroosa Talib, a medical services coordinator at a mental healthcare institute, Karwan-e-Hayat in Karachi there might be multifactorial justifications for self-harm but the most overlooked reason is genetics. In such cases, the first indications of self-harm manifest in adulthood, resulting from a chemical imbalance in the individual’s brain. Typically, individuals suffering from specific psychological disorders have low levels of serotonin —  a neurotransmitter which carries signals along and between nerves, ultimately influencing our moods. For instance, patients with neurological illnesses such as depression, personality disorders and even autism have been found to have a greater inclination towards self-harm than those who do not. Other environmental factors also play an important role here, especially early childhood experiences. Those with problematic childhoods are more susceptible towards substance abuse, one of the leading types of self-harm. “Once the harm has been done, patients usually get some insight and begin feeling like they shouldn’t have been saved at all,” says Dr Uroosa of the cycle of self-harm. “Eventually, they come out of whatever mindset prompted them to do so and that is when remorse sets in.”

In order to come into the mental state wherein an individual wants to mutilate themself, they have to have a specific disconnect from reality and distorted thinking. In almost all of the cases that are reported, there is a specific event within the last 24 hours that triggers the violent response in the patient. Psychiatrists often conduct a transactional analysis to unearth this event. For instance, Anushay Karim*, a patient at Karwan-e-Hayat came in for treatment following an intense fight with her husband. “After the fight, I wanted to relax myself so I swallowed some sleeping pills,” shares Anushay. “But I took too many and had to come to the hospital.” As a mother of three, Anushay realised that her behaviour could put her children in great jeopardy and therefore, sought treatment herself.

What Anushay is now aware of is that she actually suffers from a borderline personality disorder which causes her to inflict self-harm to attract attention from her husband and his family. “We admitted Anushay to the facility for two weeks to provide her with a controlled environment sans any harmful objects around her,” explains Sadia Mazhar, a clinical psychologist and rehabilitation coordinator. “Here, she can engage in more productive work, instead of craving attention.” She further explains that while personality disorders can easily be managed, there is no absolute cure for them. With age, individuals simply become mature enough to comprehend the causes of their behaviour and change their attitude accordingly.

For Sadia, anything that is misused to the extent that it injures the human body physically falls under the umbrella of self-harm. By this definition, smoking can also be deemed as the intentional destruction of one’s body. Sadia highlights two categories of chain smokers: the first are those addicted to smoking and second, people who smoke to numb the pain, stress or depression. Samar Ansari, a young businessman shares an account of his experience and how he quit smoking. “I had been contemplating leaving it for a while and figured it would happen when I moved to the UK for university. Instead, my addiction only worsened,” says Samar. The number of cigarettes consumed skyrocketed during exams in particular as it helped him relieve pressure. “Then one day, I woke up to find that the pack I had bought had finished and the shop where I used to purchase cigarettes was closed. I saw this as the ideal opportunity to make the change.” After switching from cigarettes to cigars, then sheesha and then chewing gum to distract himself, Samar successfully stopped smoking.

“Alcohol abuse is another gateway as people usually practice it out of peer pressure or a desire to forget about their emotions,” adds Sadia. “It is quite detrimental as the more alcohol you consume, the more tolerant your body grows towards it, enabling you to drink large quantities. It will want more and more, until you become so dependent upon alcohol that you experience withdrawal symptoms without it.”

The National Health Service (NHS) in the UK has listed six broad categories of self-harm. These include cutting or burning one’s skin, hitting and punching oneself, consuming poisonous tablets or toxic chemicals, deliberate starvation (anorexia nervosa), binge eating (bulimia nervosa), excessive exercise and lastly, substance abuse. According to Dr Uroosa, even tattoos, extraordinary piercings and other forms of body modification can be included in the list. “The most severe form of self-harm is, of course, suicide,” she says.

There are different ways of treating patients, depending upon their respective situations. Anushay, for instance, was not only given medication to manage her behaviour but also involved in cognitive therapy to prevent a relapse of her depression.

Dr Uroosa suggests that individuals with a severe case of self-harm stemming from psychotic disorders need medication as well as therapy. In some extreme cases, psychiatrists are at liberty to admit and treat a patient, even if the latter resists. “If a person claims to be hearing ‘voices’ or acting under the influence of beliefs, then medication alone can help alleviate their condition,” she explains. “Once the patient recovers and is in a more sensible state, they are engaged in therapy. We offer psychotherapy, cognitive behavioural therapy and other therapies that can alter their thinking.”

It must be noted that there is more to treatment than simply working on the patient in question. Often, the families of those suffering from mental imbalances are just as distressed, desperately trying to understand and help their ailing relatives. Therefore, it is equally important for medics to educate families, especially in the case of patients with a history of self-harm. The family members must be made aware of things that trigger violence so as to avoid them. “Although one can’t change his/her genetics, family can certainly provide a better environment to their children,” says Dr Uroosa. She encourages parents to stay connected with their children. “In some families, the parents and their children hardly converse with one another. In others, the ties between them are very strong. The self-esteem and overall performance of the second family is much better.” Building up on this, Dr Uroosa believes that there is little chance of children from happy homes to display unstable behaviour in adulthood. In addition, she also recommends working as a community towards the understanding and acceptance of the mentally-challenged in our society. “For instance, if you grant free exposure to drugs and make them so easy and cheap to purchase, anyone can use them. The media must educate the masses about these illnesses. A change needs to be brought in, at a broader spectrum.” Self-harm is a ‘girl problem’

There may be differences in the ways men and women harm themselves, but both genders are equally likely to hurt themselves.

There are many different methods to inflict self-injury, including scratching and skin-picking.

Someone who hurts himself on purpose is being manipulative

Often, people engage in such behaviour to regulate emotional and physical experiences, such as reducing feelings of anger or sadness.

People who hurt themselves on purpose are trying to kill themselves, even if they say they are not

Research has shown that a history of self-injury without suicidal intent is a key risk factor for attempted suicide.

Research suggests that self-harm can be associated with anorexia, anxiety, depression and substance abuse.

Komal Anwar is a subeditor at The Express Tribune’s magazine desk. She tweets @Komal1201