Visit is believ­ed to be Assad's first foreig­n trip since outbre­ak of Syrian crisis in 2011
By Reuters
Published: October 21, 2015
Tweet Email 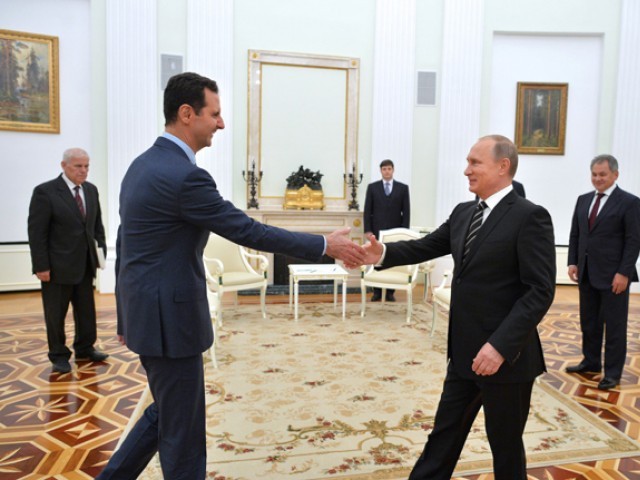 The Kremlin made the details of the visit public a day later, on Wednesday. It did not say whether the Syrian leader was still in Moscow or had returned home.

The visit is believed to be Assad’s first foreign trip since the outbreak of the Syrian crisis in 2011 and comes three weeks after Russia launched a campaign of air strikes against militants in Syria on Sept. 30.

“First of all I wanted to express my huge gratitude to the whole leadership of the Russian Federation for the help they are giving Syria,” Assad told Putin, according to a Kremlin transcript.

“If it was not for your actions and your decisions the terrorism which is spreading in the region would have swallowed up a much greater area and spread over an even greater area.”

Putin hailed the Syrian people for standing up to the militants “almost on their own,” saying the Syrian army had notched up serious battle field success in recent times.