The models say they lead a life "repres­enting the spirit of dignit­y with purpos­e"
By IANS
Published: October 18, 2015
Tweet Email 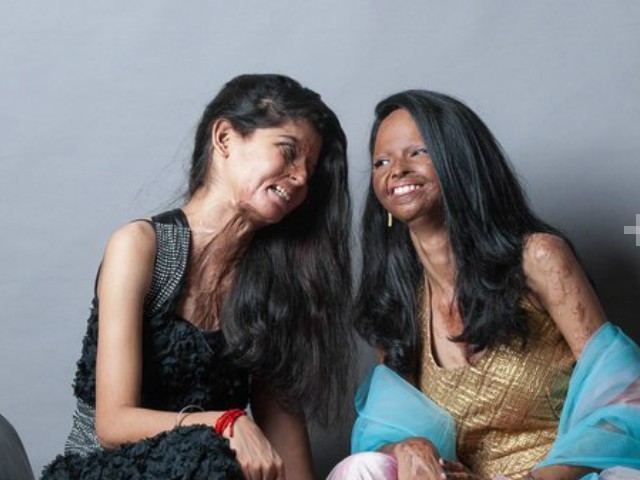 The models say they lead a life "representing the spirit of dignity with purpose". PHOTO: NYTIMES

Acid attack victims, having opened a cafe called Sheroes near the Taj Mahal, took another ginger step forward on Friday as they walked the ramp to tell the world that real beauty lies in one’s spirit and soul, not skin.

The unique fashion show was organised by a leading international fashion brand to celebrate the spirit of Sheroes by launching its festival collection in Agra.

At the show, Sheroes – as opposed to Heroes – displayed latest fashion collection inspired by ethnic arts, crafts, and traditional values imbued with a tinge of modernity. Kanika Pahwa, senior marketing manager of the brand said that the event was a tribute to the real beauty and spirit of women associated with Sheroes Hangout cafe in the city.

The Sheroes Hangout has women who have fought back for life and survival through terrible chemical burns and now wish to define themselves as warriors. Dolly, Rupa, Ritu, Nitu and Geeta, the five ‘Sheroes’ models who walked the ramp, said they lead a life on their own terms, “representing the spirit of dignity with purpose”.

“The fashion show shows we are not defeated or cowed down but willing to put up a brave fight,” one of them was quoted as saying.