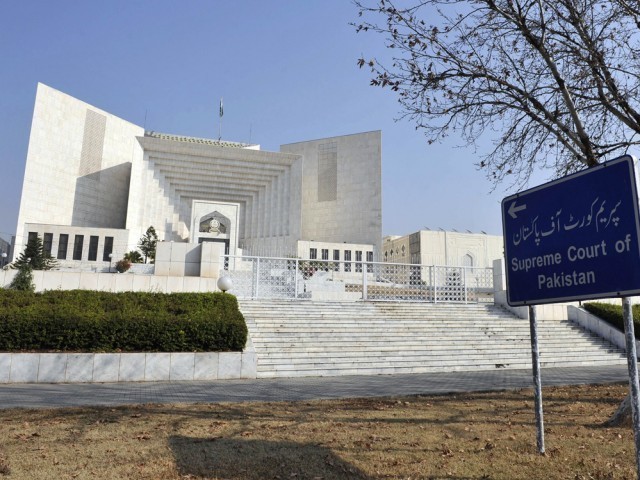 The top court has cancelled the bail of former chairman of the Employees’ Old-age Benefits Institution (EOBI) in a multibillion-rupee scam.

EOBI’s ex-chief Zafar Iqbal Gondal had invested huge amounts of money in private sector projects without the approval of the Board of Trustees of the institution, and allegedly caused a loss of Rs42 billion to the national exchequer.

Multiple cases are registered against Gondal at different police stations in Islamabad, Lahore and Karachi. He had, however, acquired bails from different high courts.

A two-judge bench of the Supreme Court, headed by Justice Ijaz Chaudhry, heard on Tuesday the Federal Investigation Agency’s petition against the bail of the former EOBI chairman in the Islamabad Crown Plaza scam and six other cases registered in Lahore.

Gondal had allegedly ordered purchase of the plaza, located in Sector F-7 Markaz of Islamabad, at double the market price.

Deputy Attorney General (DAG) Sajid Ilyas Bhatti informed the court on Tuesday that 13 cases were registered against Gondal in Islamabad, Lahore and Karachi, but the accused had obtained bail in six cases from the Lahore High  Court (LHC) and in one case from the Islamabad High Court.

The DAG argued that due to the bails, the investigation agency was finding it difficult to proceed against the accused, and requested the apex court cancel the bails.

Accepting the plea, the court referred the six bail cases to the LHC with the order that different judges should hear the matter. The bench also expressed concern over the high courts’ orders apparently issued in favour of Gondal.

The private sector projects in which Gondal is accused of investing huge sums of money also include the purchase of plots in the Defence Housing Authority and two controversial plots in Sukkur, development of a cricket ground in Islamabad, purchase of plots from the Capital Development Authority, 40 kanal of lands in Lahore and four floors of a hotel in Lahore, construction of a seven-star hotel in Lahore and the M-9 Motorway, purchase of 20 kanal of lands near the Jinnah International Airport in Karachi on exorbitant prices and two 4300cc Prado vans as well.

No juvenile awarded death in 15 years