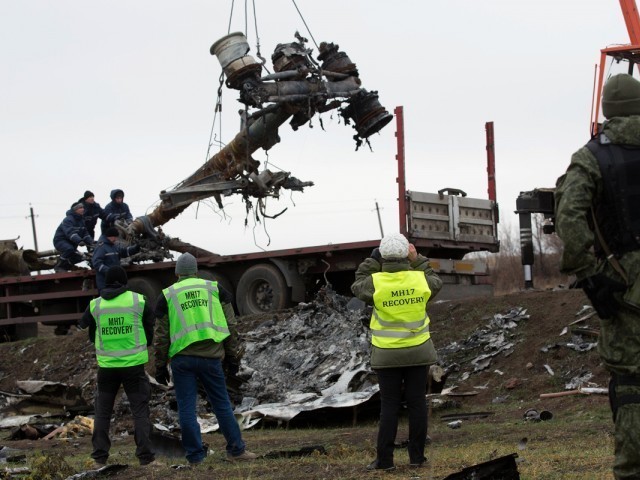 THE HAGUE: International investigators have concluded that Malaysian Airlines flight MH17 was shot down by a Russian-made BUK missile fired from rebel-held eastern Ukraine, a Dutch daily said Tuesday.

The final report was due to be officially unveiled at 1115 GMT Tuesday at a Dutch military base.

It seeks to end 15 months of speculation about why the Boeing 777 broke up in mid-air killing all 298 people on board.

Quoting three sources close to the investigation, the respected Volkskrant daily said the inquiry had found the plane was hit by a BUK surface-to-air missile on July 17, 2014 as it was en route from Amsterdam to Kuala Lumpur.

The report contains maps of the crash site, where the wreckage was strewn across fields close to the Ukrainian village of Grabove, in the war-torn area of Donetsk controlled by the pro-Russian separatists.

It rejects Moscow’s contention that the plane was hit by a missile fired by Ukrainian troops as it flew at some 33,000 feet above the territory, Volkskrant said.

The Dutch Safety Board, which led the international team of investigators, has stressed that its mandate was not to determine who pulled the trigger, amid a separate probe by Dutch prosecutors.

But two sources told the Volkskrant that “the BUK missile is developed and made in Russia.”

“It can be assumed that the rebels would not be able to operate such a device. I suspect the involvement of former Russian military officials,” one told the paper.