The act of apologising

The act of apologising

Believ­e it or not, the averag­e human must be using the word ‘sorry’ at least a dozen times a day
By Mehreen Ovais / Creative: Nabeel Khan
Published: October 12, 2015
Tweet Email 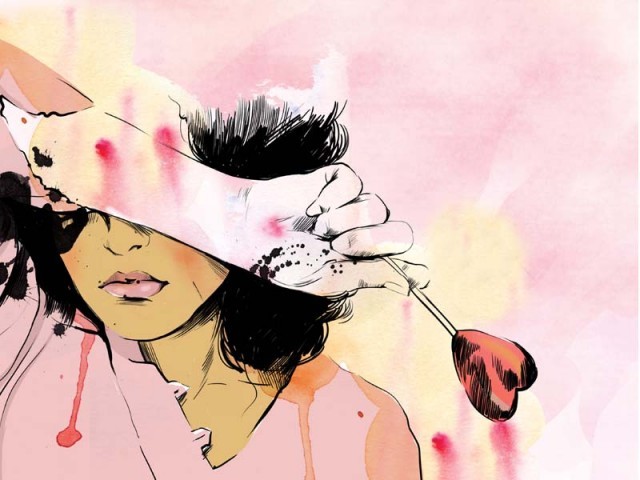 Believe it or not, the average human must be using the word ‘sorry’ at least a dozen times a day. DESIGN BY NABEEL KHAN

It might be the mark of an honest and polite personality but apologising excessively isn’t always good, especially when it comes with a serious gender disparity

Believe it or not, the average human must be using the word ‘sorry’ at least a dozen times a day. More often than not, it is but a harmless filler or a simple act of politeness. But if that is true, how come  women tend to apologise so much more than their male counterparts? The more you think about it, the more you will realise that women really do use the word ‘sorry’ generously, regardless of whether they need to or not. Deprecatory phrases like “Sorry, I got late” or “Sorry but could you repeat the question” have become intrinsic to our professional jargon in particular, so much so that women seem to have forgotten what should and should not be apologised for.

Considering this, it is no wonder a study published in the Journal of Psychological Science back in 2010 successfully proved that women are naturally pre-disposed to apologising more. The phenomenon has been under questioning for a long time. A recent advertising campaign by Pantene, for instance, posed the million dollar question as to why women are always apologising and ironically, received mixed reviews. While feminists across the globe praised them for breaching the topic, others shrugged it off, saying that it was merely social courtesy that prompted it. Nonetheless, it is worth examining why there appears to be such a large gender disparity in the practice. Perhaps women say sorry subconsciously, acting out a desire to appear socially acceptable. Men, on the other hand, are less concerned about seeming rude or controlling and therefore, apologise less.

Myra Hussain, an executive at a leading firm in Pakistan, admits to using the word sorry unnecessarily, particularly at her workplace. “It seems like the right thing to do but I do feel like apologising excessively stems from a woman’s subconscious,” explains Myra. “Women are discouraged from being too demanding or assertive. We’ve made great progress but still, most of us tend to hold ourselves back. This passive-aggressive behaviour seems like an indirect apology for challenging others’ opinion or voicing our own.”

Karachi-based architect, Afshan Amjad, agrees with Myra, recounting how her mother taught her that a lady always spoke delicately and added a ‘sorry’ to everything she said. “I grew up with this idea. In fact, even as part of the debating club at my school, I would try and avoid sounding too declarative lest I lose my femininity.” The ideas instilled in Afshan’s mind have stuck well into her adult life, seeing as how she still apologises frequently. “But I wish my mother had taught me that being at par with men isn’t something to regret.”

In an article published by The New York Times, American writer Sloan Crosley elaborated on this further. “We are even apt to shoehorn apologies in instance as where being direct is vital, such as when demanding a raise,” wrote Sloan. “This is not to suggest all men are rude and unapologetic and women are the inverse. But something incongruous is happening in women’s behaviour that can’t be chalked up to reflexive politeness.”

Sloan, however, offers an interesting viewpoint: Could apologising for trivial issues be a woman’s way to get things done their way? For instance, when she says, ‘Sorry, but could you turn down the volume?’ she hopes the other person will appreciate her politeness and do as she asked. Sloan argues that this is exactly what needs to stop. “It’s not what we’re saying that’s the problem but it’s what we’re not saying,” she added. “The sorrys are taking up airtime that should be used for making logical, declarative statements, expressing opinions and relaying accurate impressions of what we want.”

In Pakistan, most middle-to-lower-middle class families confine women to the boundaries of the home. Perhaps this is why even the handful of those who manage to break free and take up employment do so almost apologetically. They are apologetic for leaving their homes; for it is difficult balancing domestic and professional lives and for they are working alongside men and actually excelling.

This leads us to another interesting find: women are quicker to accept blame than men. And so, they apologise quicker. Karina Schumann, a researcher and doctoral student at University of Waterloo in Canada believes that men do not consciously resist saying sorry as they feel it will make them look weak. They may also be reluctant to take responsibility for their actions. “It seems like when they know they are wrong, they do apologise just as frequently as women. It’s just that they think they’ve done fewer things wrong,” explains Karina. Women are also expected to maintain the emotional balance in relationships and tend to apologise simply to curtail an unpleasant situation. A lack of confidence could be an underlying cause here as well.

A good example of this would be dental assistant Saira Muddasir who works from morning to night as the sole breadwinner of her family. “My husband has been unemployed for years and I do everything, from cooking, cleaning, raising the children to going out and earning. And yet, I find I am always snubbed for one thing or the other,” shares Saira. “The ironic part is, I actually feel apologetic half of the time, as though everything is my fault.” Marketing officer Mariam Khan has similar sentiments and claims to feel guilty for earning more than her husband. “I also possess a higher degree than him and feel like I am apologising for that all the time,” admits Mariam. “It’s through the little sorrys I say during the day —  for the house being unclean or the chappatis that aren’t warm enough. He keeps telling me to stop rubbing my income in his face,” she adds, ruefully.

Perhaps, being ‘nice’ could have its perks. “I have realised I can get things done much better if I appear soft and amiable. Hence, I often downplay my power,” admits advertising agent Maheen Khurram. Author Rachel Simmons highlights this ideology in her book entitled The Curse of the Good Girl. “Women know they have to be likable to get ahead. Apologising is one way to make yourself more accessible and less threatening,” she writes. Nonetheless, it seems like having to tame oneself in a world where women are standing shoulder-to-shoulder with men is a great pity. Only time will tell how far society is willing to go to allow us to be our complete selves.

Mehreen Ovais is an alumna of Manchester Business School and Lahore University of Management Sciences. She is passionate about writing and journalism. She tweets @mehreenovais