The extern­al superv­isors refuse to perfor­m their duties until all their past dues are cleare­d
By Our Correspondent
Published: October 4, 2015
Tweet Email 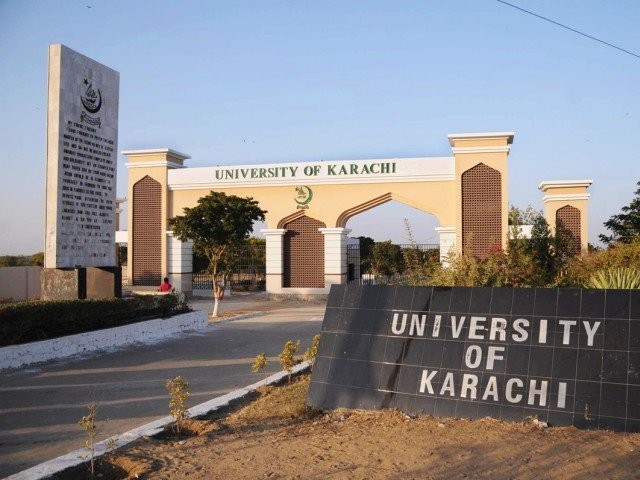 The external supervisors refuse to perform their duties until all their past dues are cleared. PHOTO: MOHAMAMD NOMAN/EXPRESS

KARACHI: The first exam of the LLB final-year students was held in University of Karachi (KU) even after the invigilators refused to perform their duties during the examinations.

The invigilators, hired from different government colleges, informed KU’s examinations controller Prof Dr M Arshad Azmi on Friday that they will not perform their duties until all their past dues are cleared.

KU central superintendent Dr Intikhab Ulfat took control of the situation to ensure that the examinations were held on the scheduled time and date. He negotiated with the invigilators and assured them that their payments will be cleared soon.

“All our invigilators are here and will be performing their duties as examiners throughout the LLB final examinations,” said Ulfat.

“The invigilators were a bit angry as their previous dues were not paid by the university’s examination department,” Azmi told The Express Tribune. The bills, cheques and payments of all these invigilators are in process, he said.

The dues are in millions and the university’s administration has less funds, claimed Azmi. He assured that the invigilators’ payments will be cleared soon.

The university should be responsible enough to pay their past dues, said Ulfat. Since the last year, a total of eight examinations were held at the university, he claimed. However, the payments for only one exam have been released, he pointed out. The total payment that KU has to pay the external invigilators is around Rs50 million, he added.

KU hires external invigilators to supervise the examinations held at the university. The teachers who belong to Basic Pay Scale (BPS) 16 and below are paid Rs350 per paper and those who are BPS-17 or above get Rs700 per paper.

“The income tax of 10 per cent is deducted from this payment,” said Ulfat. Invigilators from colleges are hired at several external examinations, which include BA, BCom, MA and LLB.

‘Human rights important as we have forgotten its definition’