A stampede survivor's tale: 'I was pinned down'

A stampede survivor's tale: 'I was pinned down'

I had to strip myself of my shroud which had become an obstac­le to my escape, the surviv­or narrat­ed
By AFP
Published: September 27, 2015
Tweet Email 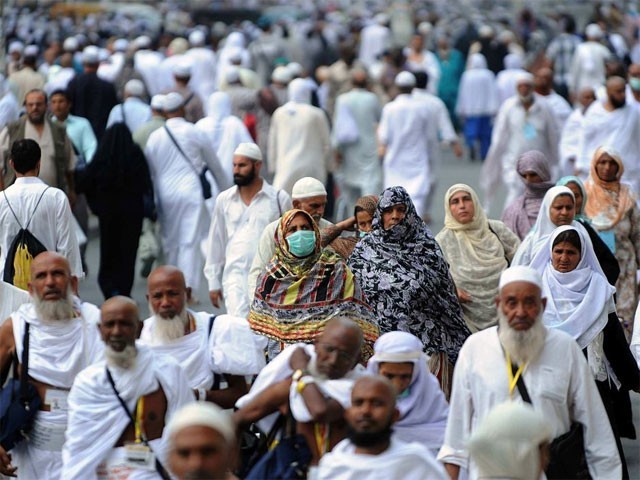 MAKKAH: Hamza Musa Kabir from Kano in northern Nigeria survived the massive stampede at the Hajj by shedding his pilgrim’s garment after he was pinned under a man in the crush, which killed 769 people.

Reflecting on the shocking events that unfolded on Thursday in Saudi Arabia, the 55-year-old tall, thin trader told his dramatic story to AFP’s Kano correspondent Aminu Abubakar, who also performed the pilgrimage:

“We set off at sunrise from Muzdalifah and marched towards the Jamarat,” the place in Mina where pilgrims ritually stone the devil, Kabir recounted.

“We were more than halfway through the procession when the road was blocked by the police, which led to buildup (of pilgrims).

“Then the police blocked all the roads, leaving us with only one route. The situation became worse when the police allowed people returning from the Jamarat to use the same route back to their tents” where the pilgrims stay.

“From where I stood, I could see a police officer on a raised platform at a nearby control post beckoning at pilgrims returning that they should move on.

“Because those returning were moving in the opposite (direction) of the surging crowd, there was a stampede.

“People became weak from suffocation and heat. People couldn’t breathe (in the crush). Many collapsed, mostly women and the old and disabled on wheelchairs.

“I also was pinned down by this huge man I believe to be an Asian. I had to strip myself of my shroud which had become an obstacle to my escape.

“I raised my hand and grabbed the shroud of another pilgrim from Nigeria who was already standing on a fence. He couldn’t pull me up because I was pinned down by this huge man.”

“I used one hand to reach for the metal bar of the fence, and grab it. I then pulled myself up with the help of another young Arab man who was standing on the fence,” reaching safety inside one of the camps where Kabir then passed out.

“I was so dizzy and weak and too weak to walk. I was spread on the floor and another pilgrim, seeing that I had regained consciousness, offered me his other shroud.

“People offered me drink and some food. I then realised that I had been bitten (on) the side, by a young man from underneath.

Kabir lost his backpack and most of his belongings except for a small bag around his neck.

“I spent, like, two hours sitting down recuperating,” he said.

“After that, I was assisted by another pilgrim from Niger to make it to the Jamarat and carry out the stoning rites.

“What I saw on my return to the scene of the stampede frightened me, because I just saw countless bodies lying on the floor covered in white shrouds, and I knew I could have been one of them.”

Still, he is not too frightened to return.

“I know I will not die until the appointed hour…. Hajj is very important to my faith, and no obstacles will discourage me from seizing another opportunity to come back.”