Benefi­ts of CPEC would reach every nook and corner of Pakist­an, says the newly-electe­d Chairm­an
By Our Correspondent
Published: September 15, 2015
Tweet Email 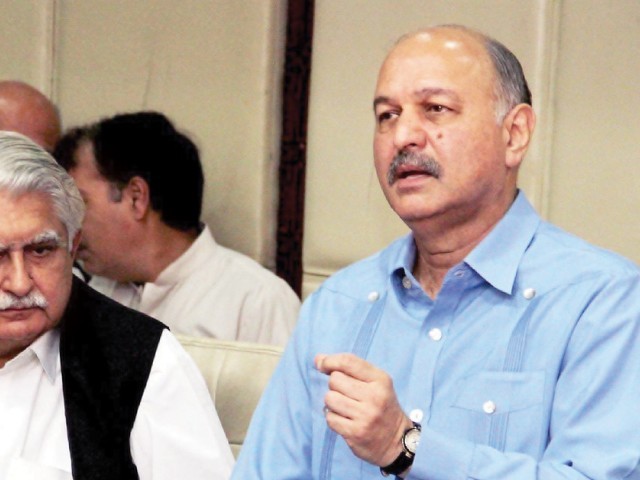 The decision to constitute the committee was taken during an all parties’ conference (APC) convened on May 28 to develop a national consensus on the $46 billion economic corridor, which will join China’s south-western region with Gwadar port.

Fifteen members of the committee, representing both the National Assembly and the Senate, attended the meeting.

After being elected as the chairman, Hussain termed the consensus a positive sign adding that CPEC was also above party and provincial lines.

Hussain’s name as a chairman was proposed by Balochistan’s Senator Mir Hasil Khan Bizenjo and seconded by Ijaz Jakhrani of the Pakistan Peoples Party and Ghous Bux Meher of the Pakistan Muslim League-Functional (PML-F).

He was elected unopposed as there was no other candidate.

The benefits of CPEC would reach every nook and corner of Pakistan as it was the largest national project since the nuclear programme, said Hussain, adding the project promotes the country’s economic security while uniting the federation through progress of all provinces, particularly the under-developed regions.

Talking about the parliamentary committee he will now head, Hussain said the long-term national project was beyond political parties, adding the committee would become a voice of smaller provinces.

Hussain also announced he would call the next meeting for the parliamentary committee soon to decide the terms of reference as well as the work plan of the committee to provide oversight, guidance and serve as a force-multiplier for building the CPEC.