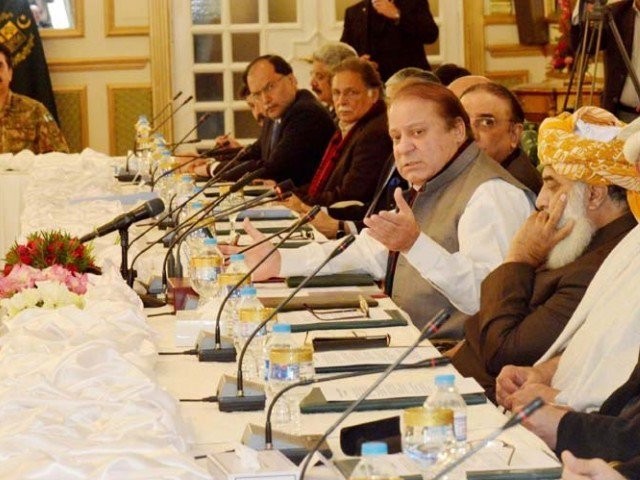 The government on Wednesday honoured its commitment to political parties as the National Assembly acting speaker constituted a bicameral parliamentary committee to oversee the multibillion-dollar China-Pakistan Economic Corridor (CPEC).

The decision to constitute the committee was taken during an all parties’ conference (APC) convened on May 28 this year to develop a national consensus on the $46 billion economic corridor which will join China’s south-western region with Gwadar port. In this regard, the National Assembly adopted a motion on June 24 and Senate on July 10.

The oversight committee was constituted in consultation with Senate Chairman Raza Rabbani and leaders of the parliamentary parties.

“Acting Speaker Murtaza Javed Abbasi has approved the constitution of a parliamentary committee on China-Pakistan Economic Corridor (CPEC). A notification in this regard has been issued by the National Assembly Secretariat,” said a statement issued by the NA Secretariat.

“The committee may also make recommendations for improvements that may result in cost and time reduction as well as provision of better services to the public,” said the statement.

It added that the committee would also endeavour to promote consensus and support for the CPEC in the federation. “The committee will present its periodical report in both houses of the Majlis Shoora (Parliament). The committee has been authorised to make rules to regulate its procedure,” it added.

The parliamentary committee has representation of 11 political parties and an independent National Assembly member from the Federally Administered Tribal Areas (Fata).

Members of the Pakistan Peoples Party include Aijaz Hussain Jakhrani and Sardar Fateh Muhammad Hasani, who belongs to the province of Balochistan.

Syed Ghazi Gulab Jamal is a member from the tribal region while Minister for Planning, Development and Reforms Ahsan Iqbal will act as an ex-officio member of the committee.

Boxing: Is this the end of the Mayweather era?