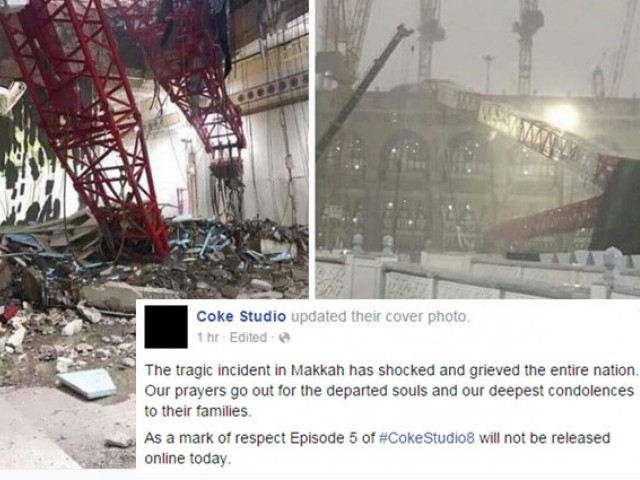 Following the tragic accident in Makkah’s Grand Mosque on Friday, Coke Studio announced on its official Facebook page that it will not be releasing the fifth episode of the current season.

They also changed the profile picture and cover photo to black as a mark of respect and promptly updated their Twitter page as well:

In respect of the tragic incident in Makkah, Episode 5 of #CokeStudio8 will not be released today

“We’ve delayed the episode because of the Makkah tragedy but we are not sure whether we will be airing this episode next week or the one that was actually scheduled for next week,” said Strings member, Faisal Kapadia.