Dozens of Turks have been kidnap­ped in Iraq by IS over the past 18 months and later releas­ed
By AFP
Published: September 11, 2015
Tweet Email 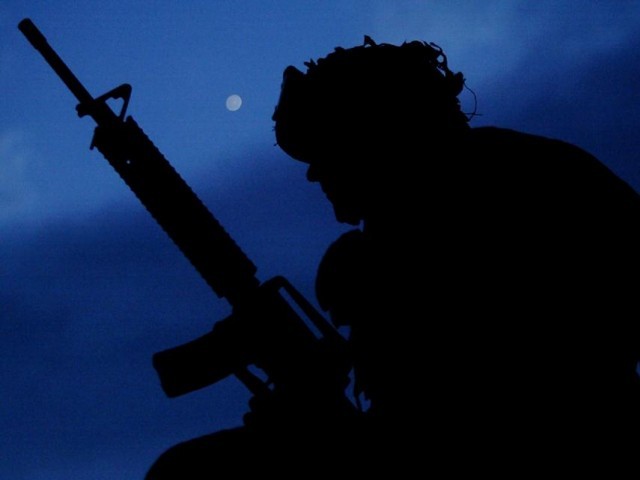 One of the militants demands was that Turkey order rebel forces to stop besieging four Shia villages in northern Syria. PHOTO: AFP

BAGHDAD: An unknown militant group has claimed the kidnapping of 18 Turkish workers in Iraq and issued a list of demands it said Turkey must fulfil for them to be released.

Gunmen seized 18 employees of major Turkish construction firm Nurol Insaat on September 2 in the Sadr City area of northern Baghdad, where they were working on a football stadium project.

Men armed with submachine guns and wearing black uniforms and balaclavas stood behind 18 men said to be the kidnapped Turks in a video posted online.

The militants identified themselves as “Furaq al-Mawt,” or “Death Squads,” in text appearing behind them alongside the words “We are at your service, O Hussein.”

One of their demands was that Turkey order rebel forces to stop besieging four Shia villages in northern Syria.

This all indicates the militants are Shia, but could also potentially be an attempt to mislead, and the group’s makeup and provenance were not immediately clear.

The demands, addressed to Turkish President Recep Tayyip Erdogan, included Ankara stopping “the flow of militants from Turkey to Iraq,” and “the passage of stolen oil from Kurdistan through Turkish territory.”

Iraq’s autonomous Kurdish region is independently exporting oil via Turkey in a move that the federal government considers illegal — a point of contention between Baghdad and Ankara.

But that demand could also potentially refer to oil stolen by the Islamic State group, which overran large parts of Iraq last year.

“If Erdogan and his party do not respond, we will crush Turkish interests and their agents in Iraq by the most violent means,” the militants said.

Dozens of Turks have been kidnapped in Iraq by IS over the past 18 months and later released.