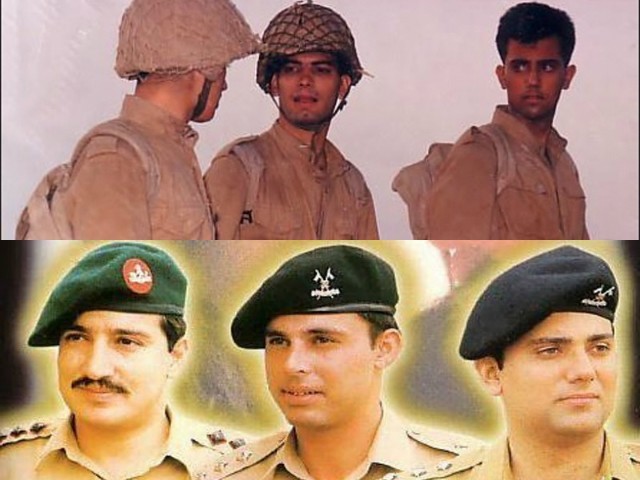 The courage and valour of Pakistan’s Armed Forces cannot be defined in words, but what truly depicted these heroes from real-to-reel life were PTV’s military-based dramas.

On the 50th Defence Day, we revisit timeless classics Sunehray Din and Alpha Bravo Charlie, which continue to rekindle our patriotic flare to date.

Shoaib Mansoor is indeed a living legend. From penning Dil Dil Pakistan to the latest hit Chand Sitara, this man has always struck the right chord. Sunehray Din, directed by Mansoor, is a popular 90s drama serial that became an instant hit right after its first episode was aired. The cast included new comers of the time, such as Saleem Sheikh, Kiran, Aliya Kazmi, Hameed Waine, Mumtaz Musharraf, Azra Mansoor and Malik Faraz. Saleem’s character joined the army against the will of his mother. The story revolved around the lives of young cadets of Pakistani Military Academy in Kakul. The seniors imposed tough restrictions on the juniors in order to prepare them for enduring challenges. But the juniors got to take revenge when they turned into seniors for one night before their promotion. Though the serial was quite informative, it was presented with a witty angle to retain the entertainment factor.

Another Shoaib Mansoor masterpiece of the 90s is Alpha Bravo Charlie. It was produced in collaboration with the Inter-Services Public Relations (ISPR). The drama, starring Faraz Ahmed, Kashif Kirmani and Gulsher Khan as captains Faraz Inam, Abdullah Mehmood and M Qasim Khan, set a record for TRPs (Television Rating Points) in Pakistan. It depicted the bond of these three captains, all of whom belonged to different backgrounds. Apart from action — due to Pakistan Army’s military operational involvement in the Bosnian War and Siachen conflict — the drama also involved romance and comedy. The female lead role of Shahnaaz Khawaja was well executed by Shahnaaz Sher who had a special connection to all three friends. She was the first cousin of Abdullah and the love interest of Faraz but ended up getting marrying Qasim. The drama is regarded as one of the best productions in the history of Pakistan’s television.

Apart from visionary director Mansoor, the national television — in collaboration with the ISPR — has presented many other dramas including Wilco – Call of Duty, Khuda Zameen Se Gaya Nahi Hai and Sipahi Maqbool Hussain.