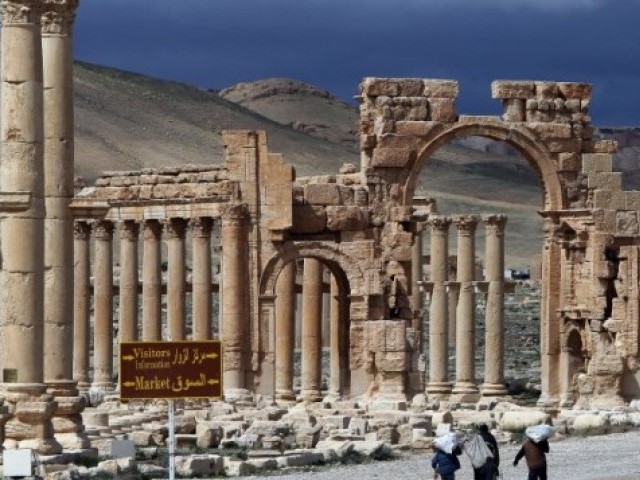 Syrians walking in the ancient oasis city of Palmyra on March 14, 2014. PHOTO: AFP

DAMASCUS: Islamic State has blown up three ancient tower tombs in Palmyra built between the years 44 and 103 AD, Syria’s antiquities chief said on Friday, having also destroyed two ancient temples at the site in central Syria in the last few weeks.

Maamoun Abdulkarim told Reuters that sources in Palmyra had confirmed the destruction of three tombs including that of Elahbel, built in 103 AD, which he said was four storeys high and had an underground floor.

Islamic State militants blew up two temples at the Roman-era, UNESCO World Heritage site, which it has controlled since capturing Palmyra from Syrian government control in May.

The group considers the buildings sacriligeous.