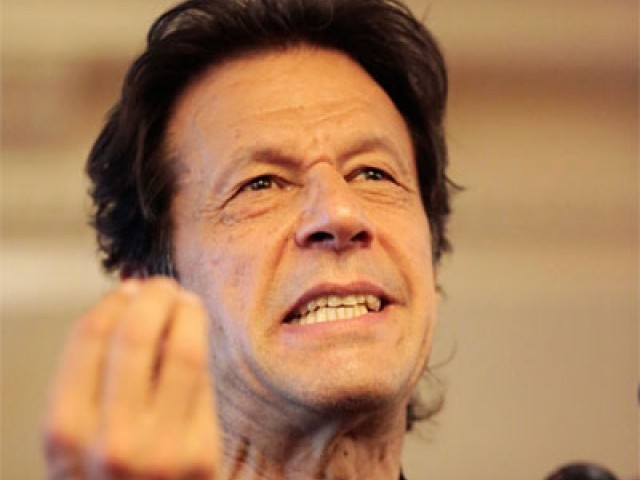 Sources have told The Express Tribune that PTI chairman has already started consultation over the proposal for fling reference against ECP members. PHOTO: REUTERS

ISLAMABAD: A month after a judicial commission formed to probe alleged rigging in 2013 general elections published its report highlighting some lapses on part of Election Commission of Pakistan (ECP), Pakistan Tehreek-e- Insaf (PTI) is considering moving the Supreme Judicial Council for the removal of four members of ECP from four provinces.

PTI senior leader Ishaq Khan Khakwani, who was chairman task force constituted to plead the PTI’s case in front of an inquiry commission, has sent a written proposal to party chief Imran Khan stating that four members of the poll body were in part responsible for not holding the 2013 general elections as per law.

The proposal contended that the judicial inquiry into the 2013 elections “held ECP responsible for many legal lapses (40 in all). These lapses made the entire election 2013 non-transparent and unlawful.”

“No response from the Election Commission is therefore understandable but this state of affairs from a constitutional body is unacceptable for anyone in the general public and least of all from PTI who is the second largest party in whole of Pakistan,” the proposal reads.

Imran Khan, in a six-page letter to ECP chief Sardar Raza, had asked the commission to take action against those responsible for failures, breaches, and ‘illegalities’ in 2013 general elections.

While recommending that PTI should take to the streets against the alleged rigging, Khakwani said on legal front the party should consider moving Supreme Judicial Council against ECP members.

“Besides the agitation the legal recourse which may be considered is to move the Supreme Judicial Council as per Article 209 of the Constitution to try the 4 members of the Election Commission for their misconduct and willful complacency in not holding the general elections in the manner as defined in law”, he added.

Sources told The Express Tribune the PTI chairman has already started consultations over the proposal for filing a reference against ECP members.

However, PTI’s top brass is divided over the filing of reference as one section believes that in view of the past judicial history, it’s impossible that SJC will give verdict against fellow retired judges, who are presently performing the duty as ECP members. Meanwhile, another section within the party believes that there is no harm in filing a reference.

Earlier, senior vice president PTI legal wing Punjab in his individual capacity has submitted a reference regarding the removal of ECP members.

The development comes a day after PTI chief Imran Khan warned that his party will stage another sit-in outside the Election Commission of Pakistan (ECP) if the poll body fails to respond to his July 30 letter.

In view of Article 209 of the Constitution, the SJC comprises the chief justice of Pakistan (CJP), two senior most judges of the Supreme Court, and two most senior chief justices of high courts.

The main function of the council is to hear complaints against superior court judges, as well as other top government functionaries such as the NAB chairman, Election Commission of Pakistan’ s members, AGP etc. The proceedings of the SJC remain in-camera, whereas the SC registrar performs the function of secretary to the Council.