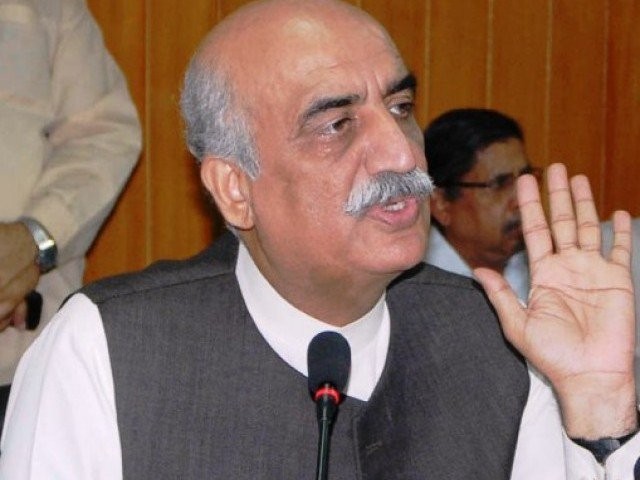 Leader of Opposition in the National Assembly Syed Khursheed Shah has put forward some suggestions to Prime Minister to ameliorate the sufferings of people affected by the recent floods in Chitral district.

In his letter to Prime Minister Nawaz Sharif he highlighted that houses of the flood affectees need to be constructed for which the government should provide land free of cost.

Shah who visited the area on August 12, said about seven hundred houses have been completely destroyed while 300 have been partially damaged in the area.  These houses need to be reconstructed, he said. Besides addressing housing issues he suggested that agriculture loans in the district be waived.

Similarly loans taken by the flood affectees from the House Building Finance Corporation should also be waived. He said residents of Chitral may either be offered subsidy over wheat like Gilgit Baltistan or wheat be distributed free of cost.