Bodla is the first Pakist­ani to be induct­ed in US Martia­l Arts Hall of Fame courte­sy of his 32 world record­s
By APP
Published: August 21, 2015
Tweet Email 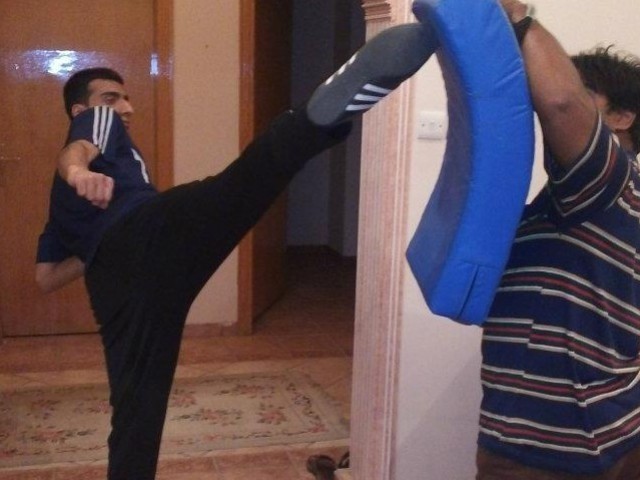 Pakistan Taekwondo black belt Ahmad Amin Bodla has broken the Guinness World Record for most squat thrusts in one minute with 40 pounds weight on the back.

“I did 23 repetitions while the previous record was 21 by Paddy Douyle of England. It is a great honour for me to make records for my country. I work very hard for these performances. I have achieved a lot of international recognition over the last few years.,” Bodla said, while speaking to APP.

However, Bodla was disappointed that in Pakistan it was difficult to get rewards for these activities. “The priorities of the concerned sports authorities do not facilitate athletes other than cricketers,” he said.

Bodla is also the first Pakistani to be inducted in the US Martial Arts Hall of Fame, courtesy of his 32 world records, including five recognised by the Guinness Book of World Records and one by Germany’s Book of Alternative records.

The 22-year-old has been creating world records of most kicks, knee-strikes, and punches since 2012, and within a year, he became the first Pakistani to break the record of most kicks in three minutes (616) which he improved again (783) in 2013.

Read: Bodla inducted in US Martial Arts Hall of Fame