Pakist­an martia­l artist’s record of most kicks in an hour approv­ed by author­ities
By Natasha Raheel
Published: November 7, 2014
Tweet Email 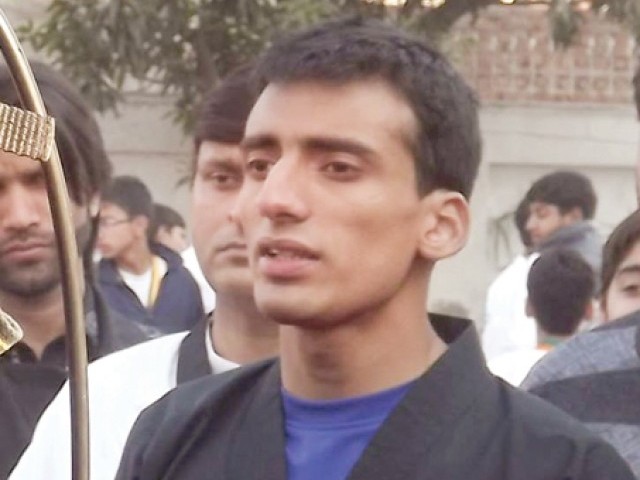 Bodla said he achieved all the feats through his determination. PHOTO: FILE

KARACHI: Ahmad Amin Bodla became the first Pakistani to hold three Guinness World Records simultaneously after the authorities approved the 21-year-old’s third record of most kicks in an hour using one leg.

Bodla had attempted to break Indian martial artist Jayanth Reddy’s record which was achieved on March 3 and recorded at 4,344 kicks; Bodla broke it with 6,970 strikes in an hour.

The Guinness World Records approved the feat following close scrutiny of the judges’ remarks and the footage sent by Bodla after staging the attempt in Lahore.

“I’ve proved that through determination, one can achieve anything,” Bodla told The Express Tribune. “I had originally broken this record in 2013 at the Punjab Youth Festival, but the director sports had not approved it. They never sent the footage of me creating the new record.

“So I decided to take matters into my own hands to ensure that this time the Guinness World Records’ authorities witness my hard work.”

The Lahore-based youngster revealed that his second attempt failed to bear any fruit either, as the officials told him to change the camera’s angle; the record was finally approved on his third attempt.

“I injured my left leg during the fresh attempt, but I held on until the end,” concluded Bodla.