Docume­nt declar­es Pakist­an and Afghan­istan are set to be group's next areas for terror camps
By Web Desk
Published: August 18, 2015
Tweet Email 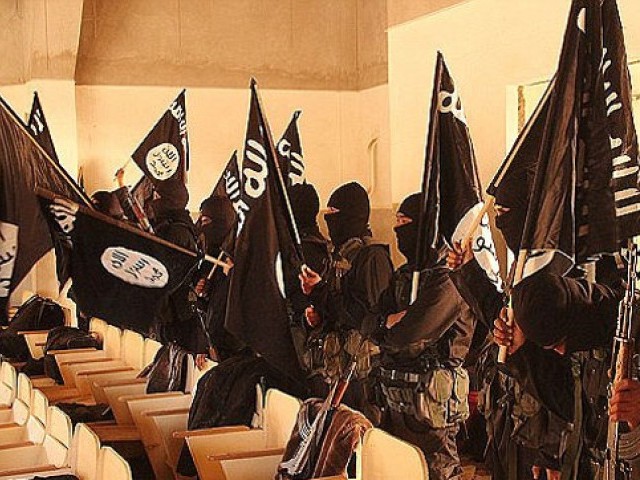 A document, allegedly belonging to the Islamic State was found in the tribal areas of Pakistan by the American Media Institute (AMI).

According to reports, the document titled ‘A Brief History of the Islamic State Caliphate (ISC): The Caliphate According to the Prophet’, was discovered in the tribal areas of Pakistan, written in Urdu.

Much like Adolf Hitler’s autobiographical manifesto, Mein Kampf, the 32-page document includes a graphic depiction of the six stages of the Islamic State.

Read: Islamic State executes 19 girls in Mosul for ‘refusing to have sex with fighters’

A US intelligence official who confirmed the authenticity of the document stated that according to the diagram, the fifth phase declares the caliphate will be followed by a final phase, “open warfare” in 2017. IS recently released pictures of fresh atrocities being carried out by their supporters in Afghanistan. PHOTO: MAIL ONLINE

US Defense Intelligence Agency Director General Michael Flynn stated, “While the world is watching videos of beheadings and crucifixions in Iraq and Syria the Islamic State is moving into North Africa.” IS recently released pictures of fresh atrocities being carried out by their supporters in Afghanistan. PHOTO: MAIL ONLINE

Further, while it remains unclear as to why the militant group aims to proceed towards India as its future battleground rather than Western Europe, IS, in the document, conveniently declared that Pakistan and Afghanistan are set to be its next areas for terror camps.

A history of IS and its previous missions was also explained in the document which the AMI claims stated, “Accept the fact that this caliphate will survive and prosper until it takes over the entire world.”

Swiftly ignoring the group’s ongoing mission in Libya and other countries in the West, the document contained another statement by the IS which suggested the group was now aiming to move towards the Arab world, “focusing on the armed uprising for the establishment of the caliphate.”