Distinction: Millenials score over 1,200 straight As

Distinction: Millenials score over 1,200 straight As 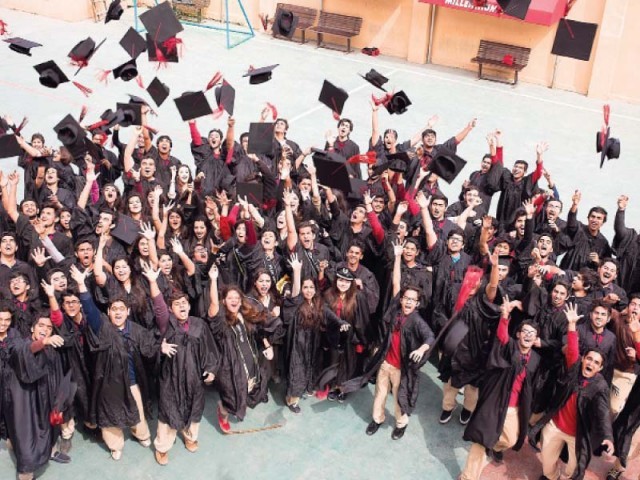 Students throw their caps in the air for a photo after the graduation ceremony. PHOTO: EXPRESS

According to a press release issued by the college, Summiya Najam secured straight six As in AS and A Level result 2015. Taimoor Nasir, Abuzar Zubair and Usama Nadeem bagged five straight As each.

RMS Chief Executive Officer Chaudhry Faisal Mushtaq has congratulated the students and their teachers and parents.