Since most of the roads were destro­yed by the floods, relief items were sent to the affect­ed areas in MI-17 helico­pter
By Our Correspondent
Published: August 18, 2015
Tweet Email 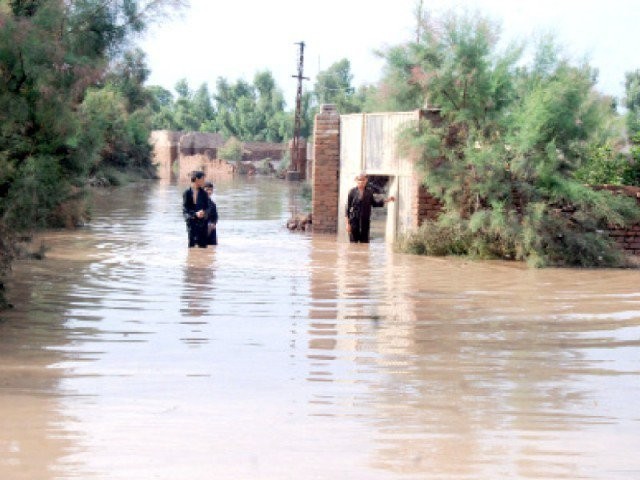 Relief work has continued for those affected by the floods in Chitral and around 100 tonnes of goods reached the district on Monday.

The goods include 200 tonnes of items promised by the army. They were handed over to Colonel Nadeem Iqbal who is the commandant of Chitral Scouts. The packages contain flour, rice, pulses, sugar, dry milk and other essentials.

Since most of the roads were destroyed by the floods, relief items were sent to the affected areas in MI-17 helicopters.

Earlier, the army distributed edible and non-edible items among the flood victims in various parts of the district.

Moreover, trucks loaded with plastic water tanks are on their way to the district from Islamabad, said Al-Huda Welfare Trust’s coordinator Romana Andaleeb on Monday. “All the data on loss to life, property and infrastructure has been sent to the trust.”