Dutch prosec­utors say some of the debris recove­red from the site may belong to a Russia­n-made missil­e system­
By Reuters
Published: August 11, 2015
Tweet Email 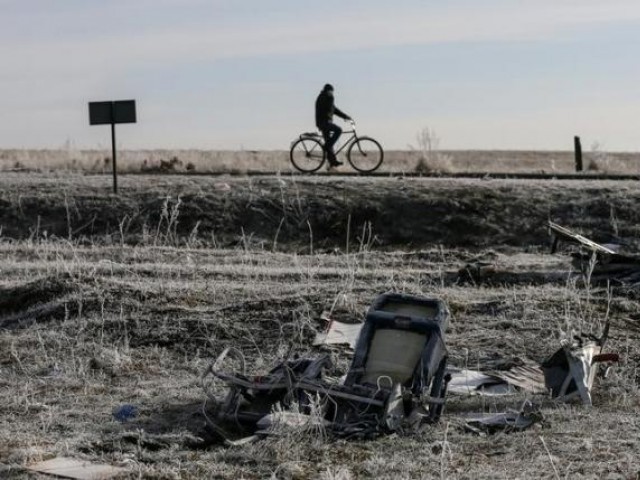 A man rides his bicycle past the wreckage of the Malaysia Airlines Flight MH17, near the village of Hrabove (Grabovo) in Donetsk region, in this December 15, 2014. PHOTO: REUTERS

AMSTERDAM: Dutch prosecutors from a joint international criminal investigation into the 2014 downing of flight MH17 in eastern Ukraine say some of the debris recovered from the site may belong to a Russian-made missile system.

The Netherlands’ national prosecutor’s office said that the fragments, possibly from a BUK surface-to-air missile system, were in the possession of the Dutch Safety Board, which is conducting the civilian investigation into the crash.

MH17 crashed over territory held by pro-Russian rebels in July 2014, killing all 298 aboard, mostly Dutch citizens.