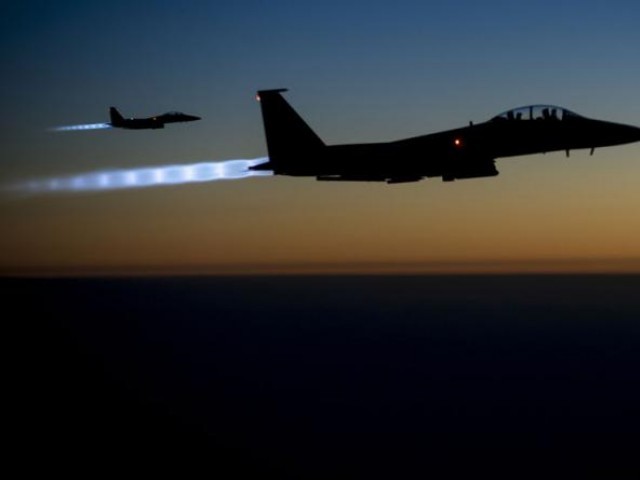 "Right now we happen to have 16 aircraft assigned to the mission but that's well above the military requirements." PHOTO: REUTERS

VILNIUS: NATO on Tuesday said that from September it will reduce its air patrols over the Baltic states, which it stepped up amid concern over Russia’s activity in the region.

“As of the 1st of September NATO will have eight aircraft assigned to the Baltic air policing mission,” NATO military spokesperson Jay Janzen told AFP.

“Right now we happen to have 16 aircraft assigned to the mission but that’s well above the military requirements.”

“Recently there were no airspace violations. Russian aircraft were escorted many times but we avoided violations. Taking that into account, the decision was made based on a rational use of resources.”

NATO allies had gradually increased the number of aircraft patrolling over Estonia, Latvia and Lithuania, from four fighter jets early last year, amid tensions between Russia and the West over the crisis in Ukraine.

NATO has been guarding Baltic skies since 2004, when the trio joined the defence alliance but lacked the air power to monitor their own airspace.

Under Moscow’s thumb until 1991, the three small states have been on high alert since Russia annexed the Crimean peninsula from Ukraine last year.

Russian manoeuvres in the Baltic region have stoked concern that the Kremlin may try to destabilise the countries.

The United States has responded by sending rotational forces and pledging to deploy heavy weaponry in the region, moves condemned by Russia as a provocation.