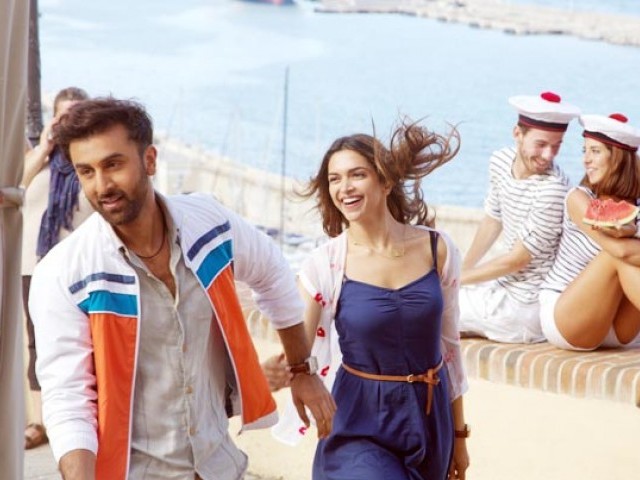 'Tamasha' is scheduled to hit the screens in November 27 this year. PHOTO: INDIATODAY

The makers of Bollywood film Tamasha have finally released the official first look of Ranbir Kapoor and Deepika Padukone from the film.

The photo of the first look was posted on the official Twitter account of the movie. With the beautiful Corsica as the backdrop, Ranbir and Deepika are seen hand-in-hand in the first look from the film.

Here's an exclusive picture of @deepikapadukone and Ranbir Kapoor from the sets of @TamashaOfficial. pic.twitter.com/3InL0i5aVn

While Deepika and Ranbir posed for several fan-clicks on the sets of this Imtiaz Ali film, this is the first time that the makers have released an official still from the shoot.

The filming of Tamasha began in Shimla, and the cast and crew then travelled to Delhi, Gurgaon, Kolkata, Corsica in France. Ranbir, Deepika, Imtiaz and the crew finally wrapped up the shoot in Tokyo, Japan.

Here’s Ranbir Kapoor and @deepikapadukone from the sets of Corsica’s schedule of @TamashaOfficial​. pic.twitter.com/dkRfoKCc5u

While Ranbir Kapoor and Imtiaz Ali have earlier worked together in Rockstar, Deepika has worked with the director in Love Aaj Kal.

Read: 10 Bollywood couples who did not get a ‘Happily Ever After’

As for Ranbir and Deepika, the ex-lovers reunite in Tamasha after the 2013 blockbuster, Yeh Jawani Hai Deewani. As of now, Tamasha is scheduled to hit the screens in November 27 this year.