He will also launch a review on how to improv­e social integr­ation in ethnic minori­ty commun­ities
By Reuters
Published: July 20, 2015
Tweet Email 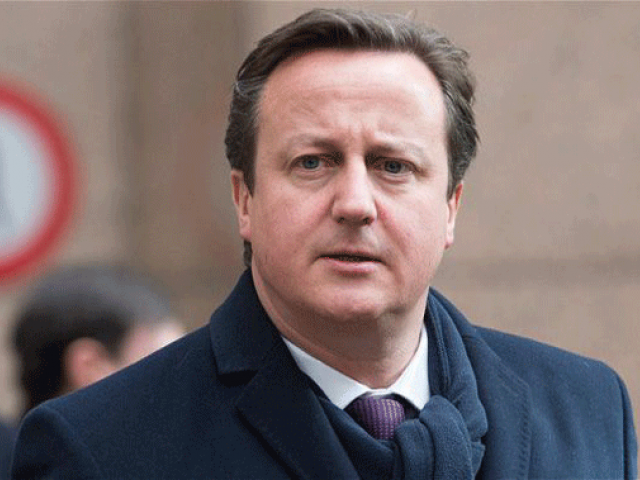 LONDON: Prime Minister David Cameron will set out a five-year strategy on Monday to tackle extremism in Britain, an issue he will describe as the “struggle of our generation” – vowing to take on those responsible for radicalising young British Muslims.

Cameron will outline a counter-extremism strategy, due to be published in full later this year, which seeks to stop the spread in Britain of the radical ideology promoted by Islamic State (IS) militants in Syria and Iraq.

Read: British woman charged of affiliation with IS

About 700 Britons are estimated to have travelled to Syria and Iraq to join IS militants. Britain’s security threat level is at its second-highest setting, meaning an attack is highly likely, and last month 30 British tourists were killed in a gun attack in Tunisia.

A key aim of the strategy will be to combat the rise of such so-called “homegrown extremists”, something which Cameron says cannot be done without understanding and tackling the reasons why people are drawn to IS.

“When groups like IS seek to rally our young people to their poisonous cause, it can offer them a sense of belonging that they can lack here at home, leaving them more susceptible to radicalisation and even violence against other British people to whom they feel no real allegiance,” he will say.

Cameron will warn that “strong, positive Muslim voices” are being drowned out by those who espouse the extremist ideology of IS, although stopping short of advocating violence.

He will also launch a review on how to improve social integration in ethnic minority communities, according to extracts from the speech released to the media.

On Sunday Cameron said he wanted Britain to do more to help the United States destroy IS in Syria, and government sources say he is expected to seek parliamentary approval to extend anti-IS bombing missions into Syria. Britain currently only conducts airstrikes in neighbouring Iraq.