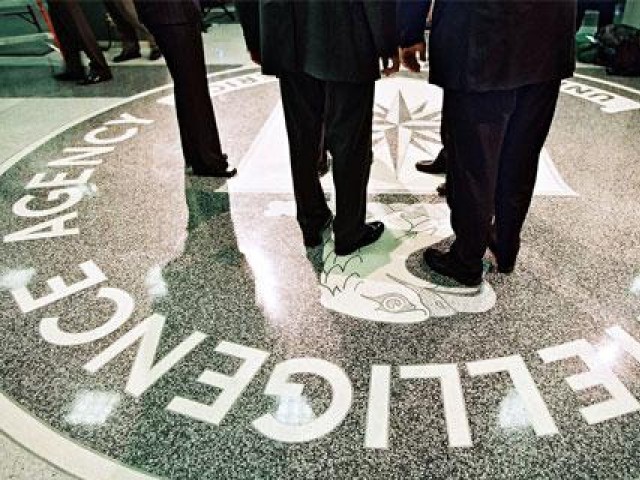 US intelligence officials say the CIA station chief was pulled out from Islamabad amid threats to his life. PHOTO: AFP/FILE

An official of the Inter-Services Intelligence (ISI) has denied that it was responsible for revealing the name of the Central Intelligence Agency’s (CIA) top clandestine officer in Pakistan.

“We absolutely deny this accusation, which is totally unsubstantiated and based on nothing but conjecture,” a senior ISI official said in a background briefing at the ISI headquarters in Islamabad, The New York Times reported on Saturday.

The top CIA officer in Pakistan, Jonathan Banks, was removed yesterday after American officials said the CIA had received a number of death threats since being publicly identified in a lawsuit by Karim Khan, who alleged that his brother and son had been killed in a drone strike.

“This organisation has immense tolerance. We have cooperated to the hilt despite constant allegations levelled against us. But this story is the biggest bomb shell,” the official said, referring to the article published in The New York Times on Friday.

Claiming that the allegation had greater implications, the official said that the article seemed “intended to create rifts between the ISI and CIA.”

Some US officials had said that they strongly suspected that operatives of Pakistan’s spy service had a hand in revealing the CIA officer’s identity, possibly in retaliation for a civil lawsuit filed in New York last month implicating the ISI chief in the Mumbai terrorist attacks of November 2008. The ISI officials, in turn, pointedly denied these accusations.

The briefing by two senior officials included a litany of complaints as the officials accused western news organisations of continuously publishing  reports that “cast aspersions on the credibility of the spy organisation.”

Both officials claimed that ISI had an excellent working relationship with their counterparts in the CIA. “We regularly deal with the CIA and it has never communicated to us that they have doubts on our sincerity and credibility,” said one official.” In the briefing, the officials suggested that the conduct of CIA’s top officer might itself have been responsible for blowing the agent’s cover. “Americans have a vast access in Pakistan. They openly interact with civil society members, attend dinners and meetings,” one official said.