The Sindh High Court (SHC) has questioned maintainability of a petition challenging the validity of the National Accountability Bureau (NAB) Ordinance 1999 and subsequent ongoing arrests and proceedings initiated against civil servants for corrupt practices in Sindh.

Headed by Justice Muhammad Ali Mazhar, a division bench asked lawyer Farooq H Naek to satisfy the court how the “high court can strike down the constitutional provisions while exercising its jurisdiction under the Article 199”.

A civil servant, Asghar Abbas Sheikh, had challenged the validity of the NAB Ordinance 1999 under which the NAB officials were allegedly harassing him during inquiry into the Hyderabad twin city scam. 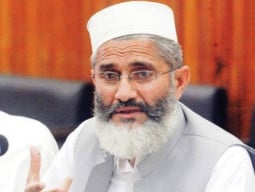