Farogh Nasim will argue the case on the petitioner’s behalf Farogh Nasim will argue the case on the petitioner’s behalf. PHOTO: AFP
ISLAMABAD:

The Supreme Court has decided to take up former military ruler Pervez Musharraf’s plea on July 7 against the Sindh High Court’s ruling barring him from contesting elections.

The three-judge bench of the apex court, headed by Chief Justice Nasirul Mulk, will take up Musharraf’s appeal on Tuesday against the high court’s February 14 decision which disqualified the former president from contesting elections for a lifetime. Farogh Nasim will argue the case on the petitioner’s behalf.

Musharraf’s legal team member Chaudhry Faisal Hussain while talking to The Express Tribune expected that the top court will reverse the ‘discriminatory judgment of the high court’.

Musharraf has requested the Supreme Court (SC) that the terms in question used in Article 62(1)(f) (Sadiq and Ameen) should be struck down as being un-implementable, vague, overboard and ambiguous. 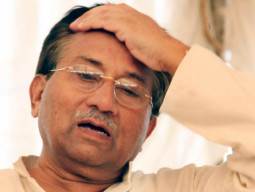 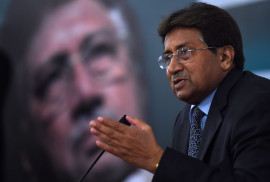 In the red: Non-bailable warrants issued for Musharraf 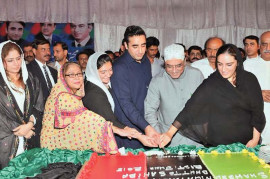 Benazir’s assassination: All but one accused have met their fate, says Zardari