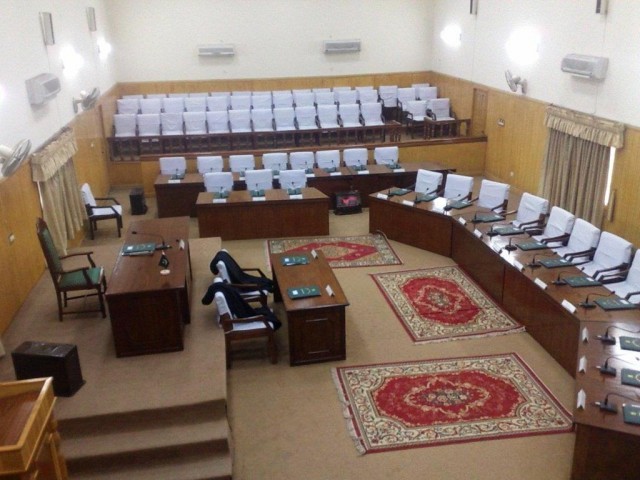 GILGIT: The Gilgit-Baltistan (G-B) budget for fiscal year 2015-16 with a total outlay of over Rs31.921 billion was presented on Sunday.

With the formation of the G-B cabinet yet to be completed, the chief minister presented the budget himself after the speaker allowed him to do so.

In order to facilitate students in G-B, he said laptops will be provided to students who do not fall under the jurisdiction of the Karakoram University.

“We will have a fund of Rs200 million to help deserving students,” the chief minister added.

During the next fiscal year, 200km roads would be metaled, while 100km long roads would also be constructed.