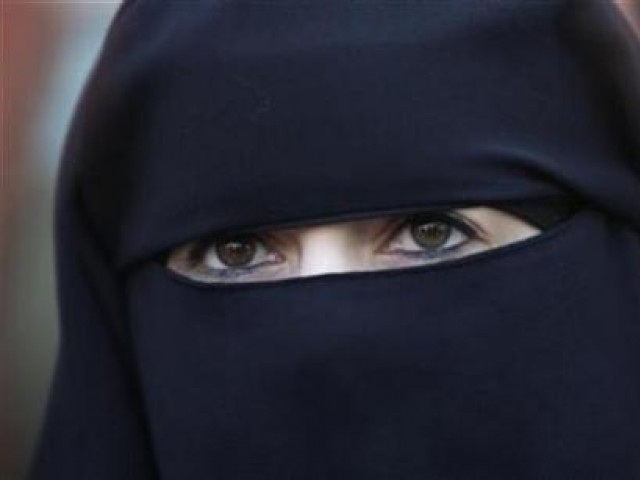 N'DJAMENA: Chad’s decision to ban women from wearing burqa, which came two days after bloody suicide bombings hit the capital, has divided Muslims but the government defends it as part of an anti-terror strategy.

“Wearing the burqa must stop immediately from today,” Prime Minister Kalzeube Pahimi Deubet told religious leaders on Wednesday, after the twin bombings left 33 people dead and more than 100 others injured in the capital N’Djamena.

Read: ‘Many dead’ in suicide attacks targeting police in Chad

Nobody has claimed responsibility for the attacks, but authorities blame Nigerian jihadist group Boko Haram, which has carried out many suicide bombings inside Nigeria in the past six years, sometimes by women who hid explosives under modest outer garments.

Many Muslim women in N’Djamena wear the full-face veil with just the eyes exposed known as the niqab, which is usually black. But Deubet outlawed any clothing “where you can only see the eyes”.

In a country where Muslims make up 53 per cent of the population — with Christians accounting for 35 percent — the ban on burqa, including the completely face-covering burqa, has prompted mixed reactions.

Abdelsadick Djidda, a 45-year-old teacher, said the move was “taken for our safety”.

“Wearing the burqa doesn’t derive from Chadian culture,” he said. “It comes from elsewhere. And it’s recommended nowhere in the holy book (the Quran).”

Djidda added: “As a Muslim, I find that people go overboard a little with this camouflage.”

Other Muslims are shocked by the decision, which comes as the holy fasting month of Ramazan gets under way.

Hassan Barka, a mechanic, said he didn’t see the connection between the burqa and terrorism.

“It isn’t people in burqas who commit attacks and this dress has become customary for many Chadians,” said Barka. “It is difficult to implement this decision. Maybe time is needed to spread awareness.”

The tough prohibition is a first in Africa. Some countries like Tunisia ordered similar measures before now because of a growing risk of terrorist attacks, but they were partial and temporary steps.

Read: Kenyan police accused of abuses against Muslims after massacre

The Chadian regime has ordered security forces to “go into the markets and seize all burqas on sale and burn them”, while warning of arrest and summary trial for anyone caught dressed in the veil and robe.

“The Superior Council of Islamic Affairs (CSAI) finds that the government’s decision is not contrary to the principles of Islam,” influential CSAI chairman Cheick Hussein Hassan Abakar has ruled.

In a poor nation that bears deep scars after the bloody inter-faith clashes during a civil war in 1979-1982, President Idriss Deby Itno has long been wary of the emergence of extremist movements.

In power since 1990, when he toppled dictator Hissene Habre — who is set to go on trial in Senegal for crimes against humanity on July 20 — Deby has repeatedly stressed that “the secular nature of the state is an essential value”.

“We’re lucky to have very tolerant Islam. The Muslims of Chad are mainly Sufis, they are pacifists,” said the secretary general of King Faisal University in N’Djamena, Abakar Walar Modou.

“But Islam can be manipulated. In (the civil war) politicians tried to plunge Christians and Muslims into chaos,” he recalled.

As Boko Haram has gained ground towards N’Djamena, which lies on the border with a narrow strip of Cameroon that separates it from Nigeria, the authorities have redoubled their watch over the capital.

The regime seeks to prevent radical Islam from taking root in Chad, where conservative Wahhabis and Salafis make up between five and 10 per cent of Muslims, according to the US State Department.

“The Boko Haram phenomenon has thus far had no impact on the population, but the risk is there,” warned Walar Modou.

“The CSAI keeps an extremely close watch over Quranic teachings, preaching in the mosques and even the radio,” he added.

Last March, authorities dissolved a Salafist association held to be a risk to law and order. International watchdog Freedom House in 2013 reported bans on some Islamic charities operating in poor districts.

“Purely and simply banning an association is no solution,” Walar Modou said. “You can’t halt an ideology that way, it causes frustration.”