City likely to be in the grip of the heat wave for next three days
By Saad Hasan
Published: June 20, 2015
Tweet Email 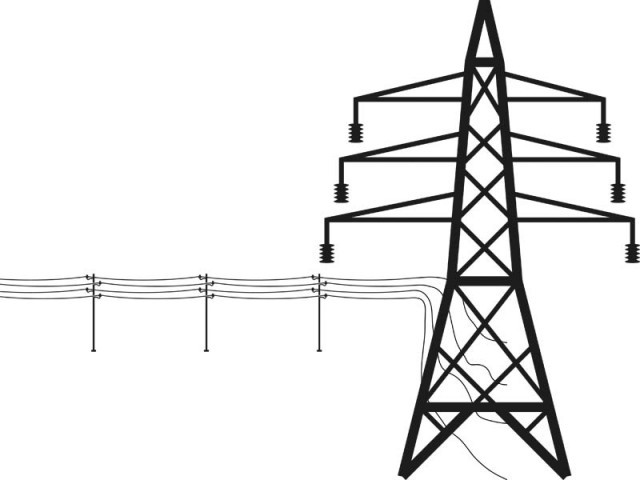 City likely to be in the grip of the heat wave for next three days.

KARACHI: The first day of fasting turned out to be a testing one for the people of Karachi, as temperatures soared to 40 degrees centigrade and the electricity demand hit a record high of 3,100 megawatts.

Being a Friday, most government and even private offices were closed by 12pm and people rushed home. Very little traffic was seen on major roads after the Friday prayers. But the unusual absence of the winds that blow into the city from the sea had apparently pushed residents to switch on every available fan and air conditioner, say officials.

“We are trying to cope with the situation to the best of our ability,” said Usama Qureshi, the spokesperson for K-Electric. “This is the highest power demand we have seen in a long time.”

The power utility is using its tight schedule of alternate suspension to deal with the gap between electricity supply and demand. But areas that were normally exempt from load-shedding also faced breakdowns due to excess consumption, which was causing the system to trip.

Pakistan Meteorological Department’s Karachi region director, S Sarfaraz, said the intensity of the heat wave had increased due to a blockage in the sea breeze flowing into Karachi. “A low air pressure has developed in the North Arabian Sea that has dragged all the air into itself,” he said. “I have never witnessed this happening in the third week of June.”

He insisted, however, that no conclusion about a change in climate patterns should be deduced from this one isolated case. “We would need to study the records and then come up with a proper assessment.” The director added that Karachi may be under the grip of the heat wave for the next three days. The unbearable heat has also taken its toll on people who ventured out for work, said Edhi Foundation’s Anwar Kazmi. “Our ambulances had to tend to a few people in Mehmoodabad and Landhi.”

The water crisis has added to the miseries of the residents of the port city, where many small and big towns are facing acute shortages.

Meanwhile, scores of people took to the streets to protest the unannounced load-shedding in various areas. In one such incident, residents of Gulistan-e-Jauhar gathered outside the power utility’s office in the area and pelted stones at the building. The protesters also tried to enter the building premises but the security guards opened aerial fire, forcing the protesters to disperse. A large contingent of law enforcers reached the site to control the situation. The protesters claimed that there was a complete electricity breakdown in various parts of Gulistan-e-Jauhar and K-Electric employees were not responding to their complaints.

Several such protests were held in other parts of the city, including Ayesha Manzil, Super Highway, Malir, North Karachi and Nazimabad.