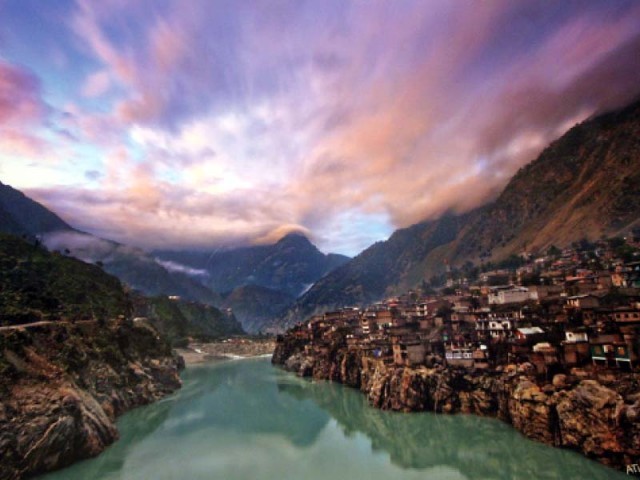 The Punjab government has organised the festival, in association with the city district government, the Tourism Development Corporation of Punjab, the Parks and Horticulture Authority and Eyebex Films, showcasing documentaries made by international and local filmmakers.

On Saturday, there were panel discussions with travel writers and documentary-makers. A photo exhibition showcasing the work of five adventure and travel photographers was also organised. The photographers were: Atif Saeed, Rizwan Siddique, Hamid Hussain, Shah Zaman Baloch and Kamran Saleem.

The photographs showed mountain ranges in Pakistan. Most visitors liked an image by Saeed, showing snow on barren mountains. The mountains were surrounded by clouds and lit by a single beam of light penetrating the clouds.

Most documentaries, on Himalayan mountains, were filmed by participants from the United States, Russia, Switzerland and Canada.

The Alegria mapped the journey of a Swiss man across the Himalayas. The narrator started his journey from Nepal on a bicycle. The documentary showed the impact of the conflict in Nepal that continued from 1996 to 2006 between by Maoists and government forces. It centred on the general strike in Nepal from May 1, 2010, and the various problems faced by the documentary-maker.

Another documentary, Life Lines, showed the struggle of Makar Singh, living in a small mountain village in India, trying to reconcile his small means and his ambitious dreams.

Talking To The Air showed the growing pressure on a small community in Mastung due to infrastructure development. The documentary discussed how horses were an essential factor in the local way-of-life. However, they had been replaced by motor vehicles after the construction of a major highway in the area. The community faced immense pressure to balance the continuation of its traditions with economic growth.

The panel discussions featured Shahid Zaidi, adventurer, photographer and filmmaker, who talked about his passion for travelling and the various experiences he had had during his journeys. Salman Rashid, a Fellow of the Royal Geographic Society, was a panellist at another session. He talked about why people love to travel.

He talked about how he had started travelling. He said that he had travelled through Balochistan during the 1980s. “Despite being warned by some friends, I did not feel insecure there at that time,” he said.

Another panel discussion with Samina Peerzada, Hassan Armaghan and Faisal Rehman discussed the resurgence of cinema in Pakistan.

The festival will continue on Sunday. An award ceremony will follow.