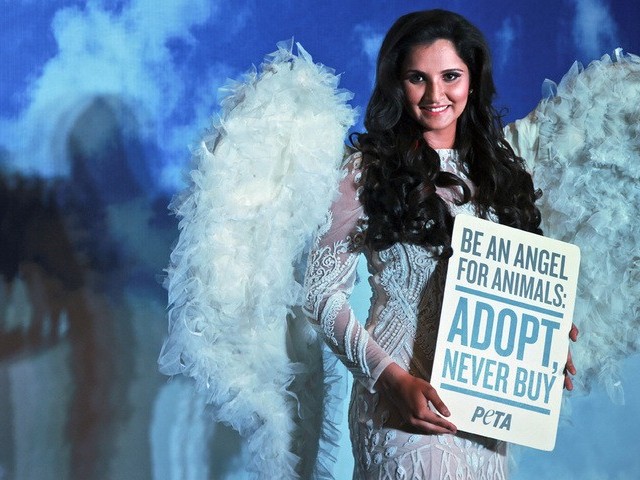 Ace tennis star Sania Mirza has lent her support to the cause of animal welfare by promoting the adoption of homeless dogs and cats in a new ad campaign for People for the Ethical Treatment of Animals (PETA).

Sania, 28, who became the first Indian woman tennis player to achieve the world number one doubles ranking along with her partner Martina Hingis in April, stars in the ad with her rescued cat Posh. “So many animals, especially dogs, are hit by cars and they just lie there for days. That’s the reason we need to rescue or take them from a shelter and not buy,” the Padma Shri awardee said in a statement issued by the animal rights organisation.

“Always be kind, not just to people but also to animals,” she added. The ad, which is the main feature of the campaign, was shot by ace photographer YSN Murthy. The hairstyling and makeup were done by Tamanna Rooz and Esha Amin styled the outfit.

PETA and Sania want people to know that they can bring joy into the life of a homeless dog or cat – as well as into their own lives – by adopting a lovable shelter animal if they have the time, space and resources to provide one with a lifetime of affection and care.