Bouncer and the box office II

Bouncer and the box office II 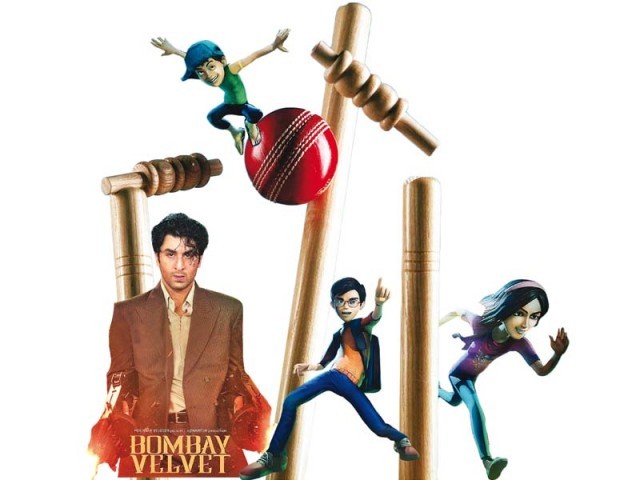 Kamil, Amna and Saadi’s superpowers may just have done enough to fend off some serious competition during 3 Bahadur’s opening weekend. Pakistan’s first animated film had a respectable outing in cinemas, raking in Rs12.5 million after being released on approximately 50 screens. What is pleasantly surprising is that Pakistan’s first international cricket series at home in six years took its toll on the weekend collections of all Bollywood and Hollywood films but 3 Bahadur went ahead undeterred. Other films that were playing in line with the animated film included  Ranbir Kapoor’s Bombay Velvet, Kangna Ranaut’s Tanu Weds Manu Returns, Deepika Pudokone’s Piku, Mad Max: Fury Road and Avengers: Age of Ultron. Speaking to The Express Tribune, Jerjees Seja (JJ), Chief Executive Officer of ARY Digital and executive producer of the animated movie, said, “The movie has done extremely well over the weekend with all shows across Pakistani cinema having full houses.”

3 Bahadur, which is being screened at all cinemas offering digital projection, has recorded a high audience turnout so far. “It (3 Bahadur) has been consistently recording occupancy of at least 95 per cent throughout the weekends,” stated Nadeem Mandviwalla, owner of Atrium Cinemas. He thought that it would be unfair to compare 3 Bahadur to international animated films like Rio and Madagascar as they were released by major production houses and lauded the marketing strategy of the locally-produced film.“Credit must be given to the producers for promoting and marketing the film brilliantly. They created a lot of hype prior to the release of the film and I think that the film will continue to perform well in the coming weeks.” Produced by Waadi Animations and ARY Films, 3 Bahadur is one of the first children’s movies coming out from Pakistan’s new and improved film industry. JJ revealed that the movie is in such great demand among school-going children that close to 5,000 tickets have been pre-booked for corporate and school shows.

Although Tanu Weds Manu Returns may have outperformed 3 Bahadur in terms of total revenue by earning Rs14 million so far, it has a lower per-screen average as compared to 3 Bahadur. The animated film averaged Rs0.25 million per screen whereas Tanu Weds Manu Returns had a per screen earning of approximately Rs0.19 million from an estimated 74 screens. Despite being a sequel to the popular 2011 romantic-comedy Tanu Weds Manu Returns has not been able to capture the attention of single-screen cinema audiences with the lion’s share of the box office being generated through multiplexes. “I have seen the movie and it is good but the sort of movies that usually tend to do well in my cinemas, have a high dose of action and entertainment in them like Fast and Furious,” said Sheikh Adeel Imtiaz, the owner of Bambino cinema. He added that even though Tanu Weds Manu Returns has received an average response, it was still quite better than the previous Bollywood movie they had screened — Bombay Velvet.Director of Capri Cinema Farrukh Rauf noted that a major reason behind Tanu Weds Manu Returns mediocre performance was the T20 matches that took place on Friday and Sunday. “Because of the Pakistan-Zimbabwe T20’s our 6 to 9 and 9 to 12 shows were affected,” he remarked. Moreover, due to the unrest in the city, the past few weeks have not been a great source of joy for single screen cinema-owners in Karachi either. “Due to the Safoora Goth bus attack, people are scared to leave their homes and come to the cinemas,” added Imtiaz.