Film review: The Age of Adaline - all about aesthetics

Film review: The Age of Adaline - all about aesthetics

Visual­ly appeal­ing as it may be, The Age of Adalin­e’s hokey story makes the film fall flat
By Ally Adnan
Published: May 17, 2015
Tweet Email 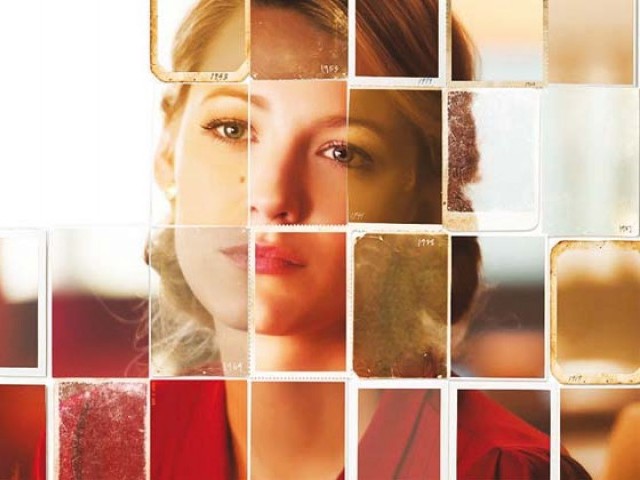 Visually appealing as it may be, The Age of Adaline’s hokey story makes the film fall flat.

Wonderful art direction, brilliant costume design, flawless re-creations of period cityscapes and a few very fine performances make The Age of Adaline a rather enjoyable film. But the film’s contrived, manipulative and insipid story keeps it from becoming the great film it could and should have been.

Directed by Lee Toland Krieger, the film tells the story of a young lady named Adaline (Blake Lively) whose happy marriage ends with the death of her husband during the construction of the Golden Gate Bridge. She subsequently survives a near fatal car accident to emerge as an ageless person who is destined to remain at a youthful 29 years of age for the rest of her life. Adaline decides that keeping her agelessness a secret is the only way she can lead a ‘normal’ life and changes her identity every 10 years to make sure that no one catches on to her. The strategy results in her having no lasting romantic relationships or friendships in life. The only constant emotional tie is that with her daughter Flemming (Ellen Burstyn). Life goes on for Adaline until she meets the handsome Ellis Jones (Michiel Huisman) and falls in love. The romance creates complications that Adaline has managed to avoid for decades and is not equipped to handle. Things come to a head when she spends a weekend with Jones’ family and Ellis’ father, William Jones (Harrison Ford), reveals a secret that shakes everyone’s lives, forcing them to confront issues and take decisions that are neither easy nor convenient.

The Age of Adaline fails for one primary reason. It is more interested in its hokey gimmick — agelessness caused by lightening, freezing and some other over-explained and under-conceptualised pseudo-scientific theory — and the decidedly dull life of its heroine, than it is in examining the subjects of love, regret, tragedy, aging, mortality and sacrifice that would lend heft and soul to the film. The actors are ready and capable of handling a script that deals intelligently with these issues but the writers, J Mills Goodloe and Salvador Paskowitz, seem doggedly committed to a shallow story full of melodramatic contrivance, manufactured emotion and exaggerated drama.

Lively and Huisman act with competence, believability and style but are easily outdone by the magnificent Ford, Kathy Baker, who plays the role of Jones’ mother, and Burstyn, who are all on top of their game in The Age of Adaline. Two scenes in the movie, in particular, are masterful displays of the tremendous acting talent of the three seasoned stars. The first takes place in a diner where Adaline meets her daughter. During the course of the meal, she comments on her daughter’s excessive use of salt. The much older Ellen Burstyn, who plays the daughter, reacts like a rebuked teenager, showing adolescent petulance and defiance with slight but discernable changes in voice, tone and mannerisms. The second scene takes place in the home of Ellis Jones’ parents. Harrison and Baker are getting ready to celebrate their 40th wedding anniversary when the memory of the husband’s unfulfilled romance with a beautiful woman is rekindled. His wife is soon jealous of the omnipresent memories of her husband’s long lost love. The result is an altercation where Baker displays a wife’s love, jealousy and incomprehension and Ford shows a husband’s conflict, regret and helplessness caused by unrelenting romantic memories. The scene is likely to leave students of cinema in total awe and amazement.

The two powerful scenes, remarkable though that they are, hurt The Age of Adaline instead of helping it. They remind the audience that the fine performances of Ford, Baker and Burstyn belong to a far superior film than its writers allow it to be.

Published in The Express Tribune, Sunday Magazine, May 17th, 2015.

A fighter pilot’s love for photography: Shooting in the sky