Cantonment Board polls: Most voters satisfied with security arrangements

Cantonment Board polls: Most voters satisfied with security arrangements 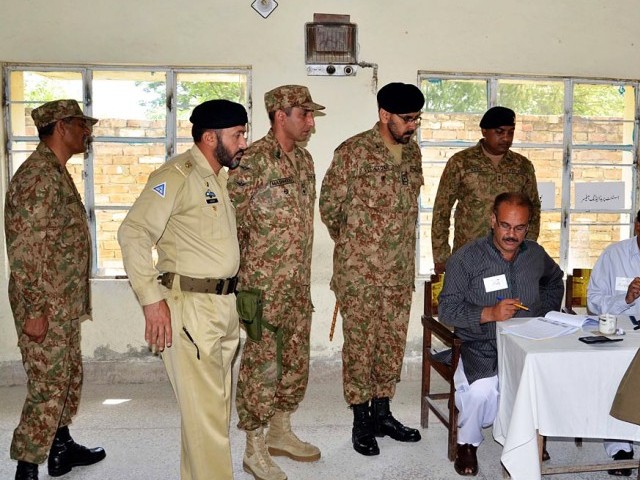 LAHORE: More than 5,000 police officials provided security for Walton and Lahore Cantonment Boards elections on Saturday. They were in addition to Rangers and Pakistan Army personnel deployed for the purpose.

“No law and order situation was reported from any voting area,” a senior police officer said. “We had warned candidates against celebratory gunfire before or after the polling,” he said.

He said the candidates had been asked to undertake that they would abide by rules.

Operations SSP Muhammad Baqir Raza told The Express Tribune police had carried out a search-sweep operation in cantonment areas. He said the Quick Response Force and the Mujahid Force had been patrolling various voting areas. “We are thankful to the candidates and their supporters for cooperating with us [to maintain order],” said Raza. Police had used barbwires and pickets in several cantonment areas for security checks.

Policewomen had also been deployed at poling stations to frisk women voters.

Ghulam Abbas, a voter, said he was satisfied with arrangements. “A voter has to go through three layers of security before casting a ballot,” he said.

“We voted without fear. The credit goes to law enforcement agencies for providing security,” said Akbar Meo, another voter.