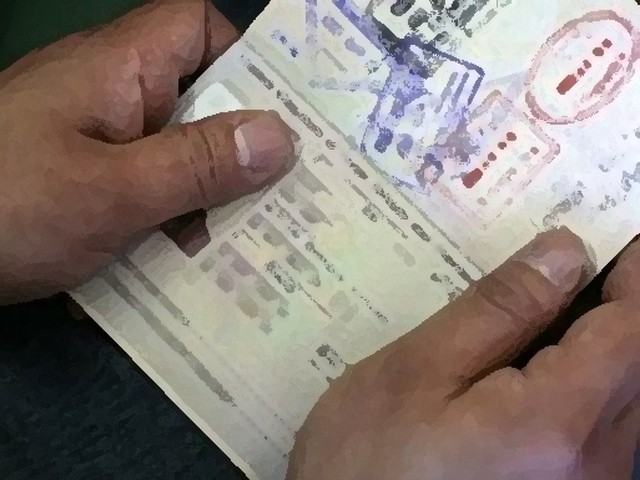 Diplomats in certain missions making a windfall accepting bribes from those on the blacklist.

Alarmingly, most of the blacklisted persons, who managed to obtain Pakistani visas, were said to be Indian nationals.

An intelligence officer who was posted at the Pakistani consulate in Dubai was also found involved in this money-making business. He has recently been ordered to report back to his department. He has allegedly sold Pakistani visas to Indian nationals.

A director-general level officer of the ministry of foreign affairs, who had served as the Head of Chancery at the Pakistani Consulate-General, is already facing an inquiry for making money from visa services.

The official had earned millions of dollars during his over four-year stay at the Pakistani Consulate in Dubai.

Another diplomat, who is posted in Tanzania, is also said to be facing similar charges. He is also accused of committing “unprecedented” irregularities while serving in the Dubai Consulate. The official reportedly owns two luxury apartments in Dubai.

A Consular Assistant at Pakistan’s Consulate in Jeddah and another official in Pakistan’s embassy in Riyadh, who were serving in the Visa Section, are also accused of financial irregularities.

A top diplomat posted in the Pakistan Embassy in Qatar is also accused of irregularities in the section. The official is said to be constantly creating hindrances in computerising the Visa Section of the embassy in violation of the ministry of foreign affairs’ directives.

A senior Pakistani diplomat who was serving as the consul-general in Pakistan’s consulate in Dubai was also found responsible for issuing visas to 230 American and Indian nationals in violation of rules and regulations. He had told his bosses in Islamabad that he was forced by a Dubai-based ‘highly connected’ Pakistani to do so.

The diplomat, who was recalled from the Dubai mission in August this year, made the statement during a preliminary inquiry by officials from the ministry of foreign affairs.

He is, however, currently posted as director-general in the ministry on an important assignment after being transferred back to Islamabad from Dubai.

Contrary to clear policy instructions, he had reportedly issued visas to 86 American and 150 Indian nationals during the months of March and April this year, sources told The Express Tribune.

Similar action that was to be taken against the visa officer who had issued travel passes on the instruction of the consul-general was stopped reportedly due to political pressure.

without explicit clearance from the ministries of interior and defence – a ban that was imposed by the ministry of interior through a “policy instructions” document on February 23, 2010.

The policy was framed following reports that those who were refused Pakistani visas in Washington and New Delhi had obtained them from Pakistan missions in the UAE, the sources said.

However, the policy is constantly being violated by Pakistani diplomats due to political pressure or for financial considerations.

Infighting: ANP straining at the seams