Africa­n side’s securi­ty team to visit the countr­y ahead of the series­
By Our Correspondent
Published: April 20, 2015
Tweet Email 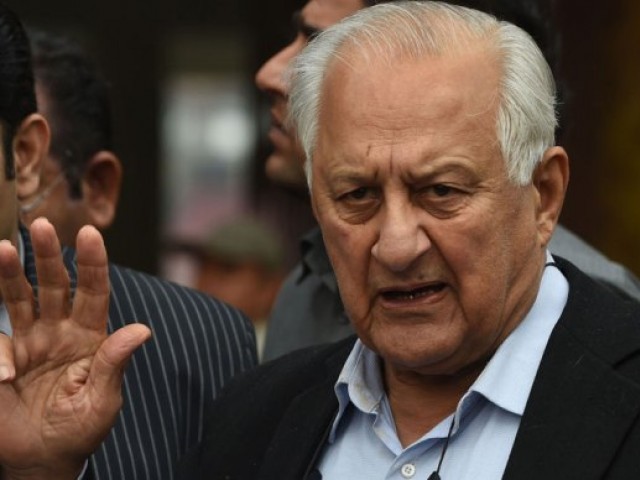 DEVELOPMENT: Shaharyar revealed that while Najam Sethi’s appointment as the next ICC president is inevitable, the post would be given to an iconic cricketer once Sethi completes his tenure. PHOTO: AFP

KARACHI: Pakistan Cricket Board (PCB) Chairman Shaharyar Khan said that his Zimbabwean counterpart had assured him that Zimbabwe will tour Pakistan in mid-May.

Both officials had met on the sidelines of the recent International Cricket Council (ICC) meetings.

The chairman also discussed the possible venues for the tour. “Ideally, we want to host matches both in Lahore and Karachi, but there are some problems regarding Karachi. We’re trying to get approval from the ICC to allow us to host the match in the Southend Cricket Club, which is a safe venue.”

The PCB chief further revealed that while Najam Sethi’s appointment as the next ICC president is inevitable, the post would be given to an iconic cricketer once Sethi completes his tenure.

Shaharyar further said that he has urged the ICC to work on recommendations of its taskforce, headed by Giles Clarke, for the revival of international cricket in Pakistan.

Governing board unhappy with Ajmal selection

The PCB’s Governing Board expressed its displeasure on the selection of Saeed Ajmal on Monday after the bowler was seen struggling against Bangladesh as Pakistan lost the opening two matches of three-match ODI series to condemn the side to their first-ever series defeat against the minnows.

Ajmal is nowhere near his best, and struggled to make any impact with the remodelled action, which has not gone down well with the top brass.

It has been learnt that the selection committee, led by Haroon Rasheed, was keen to test Ajmal, while Shaharyar gave his approval for the bowler.

The members felt that PCB’s top management and selectors should have thought about Pakistan first instead of facilitating an individual.

“The governing board wants the selection committee to answer as to why he was selected,” a governing board member told The Express Tribune. “The selectors have made Ajmal look silly, he never looked comfortable in the two ODIs with his new action. Did he perform anywhere in domestic cricket to show everyone that he has regained his magic with the ball?”

There was also severe criticism of the selectors for picking injured players in the squad after it emerged that Ehsan Adil was carrying an injury, while Sohaib Maqsood played through the World Cup with wrist pain.

“This will not be tolerated and everyone involved in the process would have to answer it,” added the official, saying that the topic was discussed in detail. “Why can’t our stakeholders single out unfit or injury-prone players before going on any tour? It looks embarrassing to name replacements on a regular basis.”