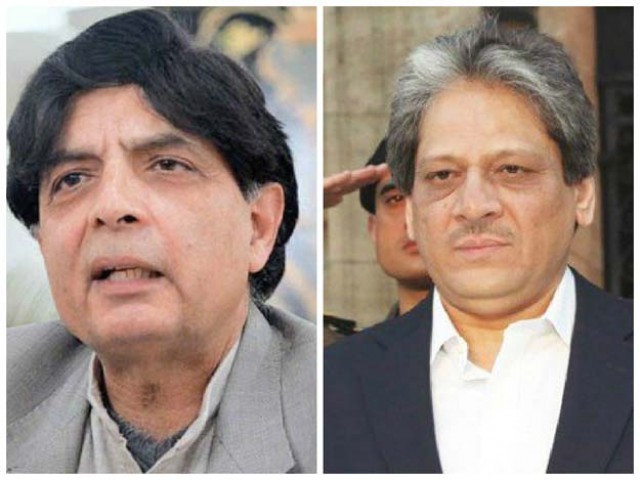 “This is an important case but the government have never been in any mind to target political leaders of MQM in this case,” the minister is said to have clarified to the governor in a telephonic conversation, according to the officials.

During the conversation, the interior minister discussed his meeting with top British diplomat in Pakistan who sought access to the killers of Muttahida Qaumi Movement leader Dr Imran Farooq.

Nisar told governor Sindh that Pakistan would not handover suspects arrested by intelligence agencies to the government of United Kingdom, officials privy to the development said.

“Pakistan will not handover Imran Farooq murder suspects to the United Kingdom,” the interior minister said, according to the officials.

“I assure you that there will be no political victimisation in this case,” a senior official quoted Nisar as saying.

Nisar reportedly further said, “To help the British government in probing killers of Imran Farooq is our responsibility.”

In response the Governor Sindh assured Nisar the MQM leadership will assist both governments to find the real culprits of the MQM leader’s murder, the officials added.

On April 13, the interior minister claimed that a facilitator of Imran Farooq’s murderers had been arrested.

Moazzam Ali, the owner of a freight company, was arrested a few days ago from Azizabad after he was accused of helping two suspects in Dr Farooq’s murder obtain visas for London.

Suspect Ali was presented before an anti-terrorism court on Tuesday when it was decided that he will be kept in 90-day detention. According to the law enforcement agencies, Ali had sponsored the visas of the two hired assassins who stabbed Dr Farooq on September 16, 2010, in London.

On Wednesday, the Sindh home department formed a joint investigation team (JIT) to conduct an inquiry into the involvement of Moazzam Ali in the MQM leader’s murder.