An Indian’s love for Lahore

An Indian’s love for Lahore

The city has a heart and it feels like a home away from home
By Tanuj Garg
Published: April 15, 2015
Tweet Email 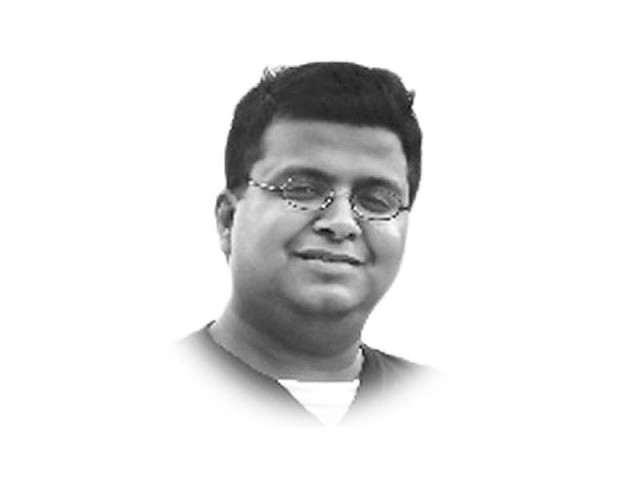 And just for the joy of hearing such exquisite Urdu (a huge turn-on), I chucked the flat bed, and sat on a narrow seat in the first row of a tired looking PIA aircraft. The carpet was damp (courtesy of the water seeping out from the washroom), the armrest was dilapidated, the wallpaper peeling.

Three years back, I made my Pakistan debut. I braved my way through fear, concern and anguish from friends and folks who were convinced that I was on crack. I mean, heard of someone saying he’s visiting Pakistan on holiday?

After boot camp of the worst kind at the visa office in Delhi, I was ready to swap Pakistan for Peru. But an emotional sucker like me gladly fell for the coaxing from loving Lahori friends, one of whom I had met in the course of work in London. (So deep was the love that I began observing a roza every Ramazan — the Laylatul Qadr one.)

As I sat in an aircraft that looked ready to fall apart, a million thoughts zoomed in and out of my head. Was this for real? Was I for real? Had I lost the plot? Was I ready to get bombed, kidnapped or gunned down?

I was en route to Lahore (via Karachi), a city I had heard and read so much about. Most North Indians like us are blessed with forefathers from Punjab. My great grandmother was from Lahore. I remember Mr Bachchan telling me about his mother’s early days in Lahore and Rawalpindi. Something about Lahore draws you to it — call it a raw cultural charm or an inexplicable kind of exotica.

After suffering PIA, I finally landed in Lahore, gripped by palpable excitement. The city where Bhagat Singh died, where the Ravi flows and where the declaration of the Indian independence was passed.

Lahoris are unequivocally hospitable. Their undying spirit of hard partying is infectious. I felt like I was at a pumping Ibiza bash that was happening behind closed doors.

Old Lahore was a treasure to traverse, like Delhi or Amritsar. Everything’s the same. Only the sign-boards are in Urdu, not in Hindi. We’re one race. One can’t but help think about the tragedy of partition.

The city has a heart. A deep one. It extends the warmest embrace. It loves unconditionally. It feels like a home away from home.

I returned to Mumbai

In one piece. Untouched, unscathed. I was thronged by curious friends excitedly waiting for me to unravel the Pakistan enigma. I said it was a crazy, fun-filled ride. Incidentally, I’ve returned to Pakistan thrice to relive it. From being a mad-hatter venturing into ‘enemy’ territory, to turning into an unofficial goodwill ambassador of Pakistan in my city, it’s been a helluva journey. Let’s say Alhamdollilah to that!

Possibly the first Bollywood film that refers to Pakistan in its title was “Welcome to Karachi”. Featuring ace comic actors, Arshad Warsi and Jackky Bhagnani, the forthcoming film’s incredibly cheeky and humorous trailer released earlier this week. Two Indian bumpkins make their way into Karachi by boat, and the usual madness follows. Some of its content could bother the touchy souls, but if it’s seen in the right spirit, the trailer makes for a great, innocuous laugh. Check it out if you haven’t.

So the biggest mood-spoiler for Indians in the week gone by was the release of the 26/11 mastermind. When Zakiur Rehman Lakhvi was allowed to go scot-free by the Lahore High Court, it eroded the value of assurances repeatedly given to India by Pakistan on cross-border terrorism. Understandably, no one holds a favourable view of the development and Pakistan will have a lot of explaining to do if it genuinely wishes to rid itself of the ‘T’ tag that it carries in global eyes.

The reality behind official data