Arshad and Jackky bring us a comedy based in Karach­i. The questi­on is, will they do justic­e in portra­ying our city?
By Web Desk
Published: April 14, 2015
Tweet Email 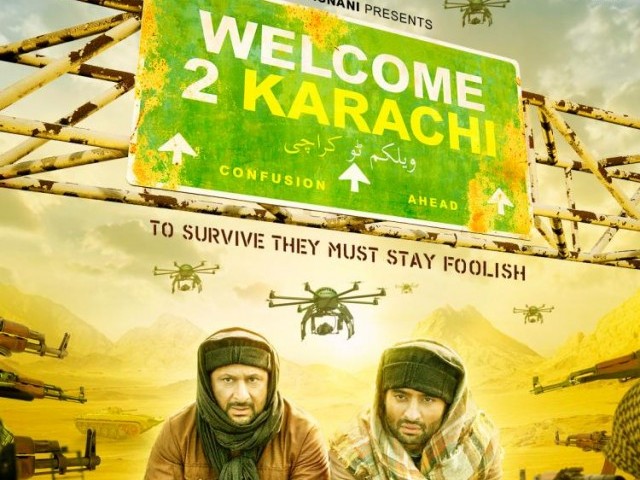 The movie is set to release on May 21st of this year. PHOTO: Pinkvilla

The comedy revolves around two Indian friends (Arshad and Jackky) who embark on a journey only to find themselves in Karachi without their passports. Amidst the chaos of Taliban and trying to find their way back to India, the two characters create quite a ruckus.

Set in Karachi, the film has been shot in different parts of the UK, namely Wales, Birmingham and Bradford. Although these places can not replicate Karachi and give it the same look and feel, the sets have been made to resemble Karachi as closely as possible. The film makers released the poster earlier this month and have now released the trailer. The movie is set to release on May 21 2015.

Excited and revved for the release of the trailer, the two lead actors shared their enthusiasm on Twitter:

Funnily enough, it was not all smooth sailing for the production team, first Irrfan Khan was offered the role but he refused due to other commitments; during the shoot in Wales the lead actors were mistaken as Taliban due to which Scotland Yard halted the production; and then there was the case of the stolen airport set from Birmingham which was stolen by truck loaders and forced the producer to pause production.

Do you think the movie will do justice in portraying Karachi?

Here’s a trailer to give you a glimpse into the new film: