Subedi­tors are expect­ed to have read the papers and checke­d their emails, social media feeds before coming in to work
By Faiza Rahman
Published: April 12, 2015
Tweet Email 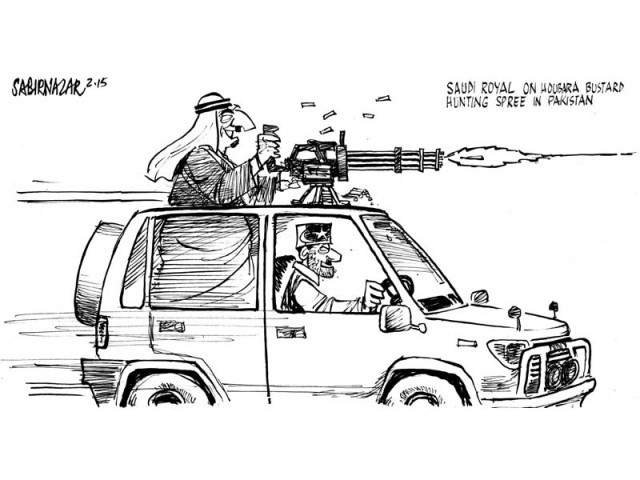 You try to start your PC, hold a conversation with your colleague, reply to a text message, answer a phonecall and fix yourself some chai all at the same time. The extension phone will ring and ring and ring as you secretly serenade everything under the sun in some choice words while feigning composure. “When will you print my article?”, “Does the editorial team have some kind of grudge against me?”, “Did you get the 89th  revised draft of my 3,000-word article?”, “Can you give me the editor’s personal phone number?”, “What about his email address?”, “What about your email address?”, “I hate you”.

Personal favourite #1: “What will I have to do to get published?” Oh I don’t know. Send me some biryani and maybe we’ll think about it. If you forget the raita we’ll tamper with your article in embarrassing ways and photoshop your picture hideously.

Personal favourite #2: “Did you read my email which I sent two minutes ago?” Yes. I dropped everything to read about how you think I should do copy editing. In fact, why don’t you come here and do it instead?  Personal favourite #3: “Hi. I am an analyst”. Hi. Me too. I am also a biryani connoisseur.

Personal favourite #4: “Hi. I really hate your newspaper but I think you can improve in this, this, and this way.” Mad respect for this person. Stimulating, constructive criticism is the best thing ever. It’s better than strategic bouts of flattery. What we actually do

Op-ed journalism is somewhat a lesser-known realm in Pakistan. While any other section of the newspaper relies on reporters to file content, the Opinion & Editorial section relies completely on submissions by some of the brightest minds of the world, often the leaders in their fields.

A quick clarification first. ‘Op-ed’ essentially stands for ‘opposite the editorial’. Conventionally, opinion pieces by a newspaper’s columnists were featured adjacent to the editorials — on the page very next to it. And so the name stuck. While this section of the newspaper may be named Opinion & Editorial, in no way does the latter make for the acronym of ‘op-ed’.

The editorial staff of the Opinion & Editorial desk is faced with challenges which are, in many ways, atypical to the rest of the news industry. While a reporter’s work may be scrutinised aggressively and re-written completely, field experts, with prestigious schooling, are rarely believed to make any errors. Which is sometimes the reason why a subeditor, blinded by a contributor’s scholarly ethos, might overlook glaring errors in their copy. The task at hand is then to know the contributor well, ensure a grasp of their work — albeit a pedestrian one — and understand where the contributor stands in his/her own field or profession. Copy editing for this desk is challenging because it entails one to keep abreast of a number of global debates and developments which might be considered obscure for the rest of the news industry. For instance: the current debate on a Punjabi dictionary, or the global chatter on stem cell ethics. This is exactly why subeditors of this desk get trained to read a number of magazines and newspapers on a given day and religiously pursue social media feeds of all kinds. Currently, the Opinion & Editorial desk alone subscribes to hard copies of several English dailies and weekly/monthly periodicals. From day one, subeditors are encouraged to peruse through the content, gauge the leanings of each periodical and compare the editorial slants of local and foreign newspapers. A lot of the work on this desk is also about gauging what the public mood is, or what the popular opinion on a certain story is. These determinants assist us with predicting what kind of content will be palatable to subscribers or which columnists or writers should be selected as regular contributors. Subeditors are also expected to suggest editorials on local and international issues — which again makes it necessary to correctly predict the news value of a story in the wake of popular public sentiments.

Opinion pieces are edited for four things: language, house style, facts, policy. The opinion pages of The Express Tribune have taken pride in keeping amendments in original content to the very least, allowing for a free, flexible and level playing field to all writers. We are fiercely discouraged from changing headlines, adjectives and sentence structures unless glaring grammatical errors are being made. Nonetheless, sometimes, some ground has to be ceded for editorial policy, which may entail the pruning of some of a writer’s work. This might, at times, make for protests by writers. But such discords are a healthy feature and help keep a check on whether the pages are affording correct amount of space to each writer. In the very same vein, unlike news copy editors or reporters, op-ed subeditors are required to thoroughly internalise the newspaper’s editorial stance on various issues so that each op-ed is evaluated with care, before the pages are sent off for printing.

Our agenda: Excerpts from the editorial of The Express Tribune’s very first issue — April 12, 2010

The Express Tribune is making its appearance at a time when our media is enjoying a fair degree of freedom, our judiciary is effectively asserting its independence and our parliament has at last attained statutory sovereignty. And there is a new hope in the air. A hope for a better tomorrow, for a better Pakistan and a better life for all of us. But that is only half the story. The other half tells the harrowing tale of a mindset – a mindset of a miniscule minority imbibed with hatred, violence and extremism and an economy fast hurtling down helped by massive power shortages and a severe resource crunch.

The Tribune vows to contribute its share in fighting the twin menace of extremism and economic decline by spreading liberal ideas and mobilising the young people of Pakistan who make up over 70 per cent of its population. We promise to keep a close watch on education and health – we want education for all and of such quality that those who partake of it actually learn and become educated in the true sense of the word. We also want reliable and affordable healthcare for all Pakistanis and that they be treated in a kind manner and with compassion. These two themes will be at the top of our agenda.

Our newspaper caters to the modern face of Pakistan – to the country’s educated forward-thinking and thoughtful decision-makers, who demand intelligent, independent, and well-presented reportage with commentary on topics ranging from politics to the economy, foreign policy to investment, sports to culture and theatre and the arts.

We pledge to offer a stimulating visual experience with particular emphasis on an appealing design and with stories that come alive on the paper. We will have groundbreaking layouts created by an international award-winning designers along with colourful spreads in the sports and entertainment sections. We will present the real picture of the economy with graphs, tables and illustrations. Our editorial pages will be lively and vibrant, and you can expect to read a wide variety of analysis and insight from a diverse array of opinion-makers and commentators.

We hope in particular to appeal to the young people of Pakistan, to serve their aspirations and their hopes. To join them in their struggle to find a place in the sun. To talk to them, talk of them and to talk about them. To identify their potential, exploit it and give it the full play on our pages. To enter into a continuous dialogue with them and debate with them their issues, their problems and what they want to achieve in their life.  We vow to enable a creative connect with this segment of our population. To inform them, educate them, entertain them and develop two-way traffic so as to become a part of their lives.