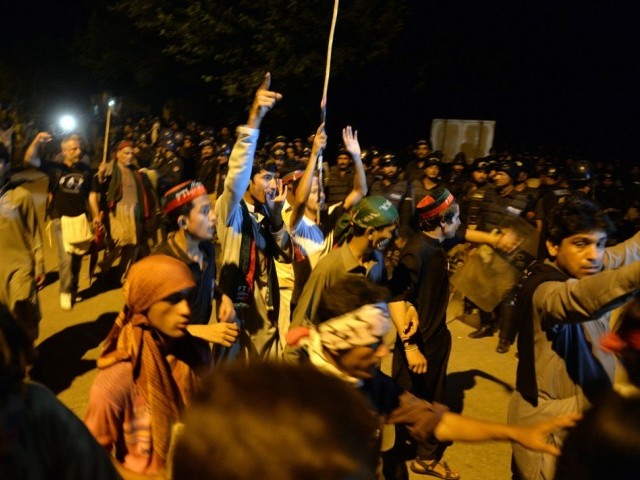 ISLAMABAD: The government has dismissed senior police officer Muhammad Ali Nekokara, who refused to use force against protesters during the Pakistan Tehreek-e-Insaf’s (PTI) and the Pakistan Awami Tehreek’s (PAT) ‘Azadi March’ outside Parliament.

The Establishment Secretary imposed the penalty of dismissal from service “with immediate effect on the grounds of proven charges constituting inefficiency and misconduct,” a notification issued by the government  read.

Nekokara has the right of appeal to the appellate authority under the Civil Servants’ (Appeal) Rules, 1977 within a period of 30 days from the date of the issuance of this notification.

The Express Tribune acquired a copy of the notification.